The Science Of Building A Space Gun 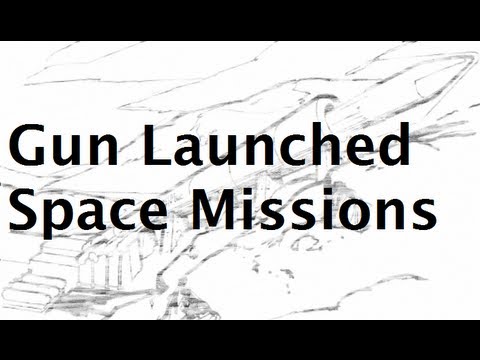 The idea of firing objects into space from a cannon was first hinted at by Newton and has been seized upon by many a sci-fi writer since. But what’s the science behind the idea like — and could we ever launch payloads into space using the technique?

In this video, astronomer Scott Manley takes a look at the physics behind the concept. Bear with the maths a couple of minutes in because after that it gets fascinating. Crucially, making a gun that can fire things into space isn’t just a question of making the barrel bigger; instead, it’s a murky world of unorthodox designs and exotic propellants.

As for the answer to the big question “can it be done?” — well, you’ll just have to watch to find out. [YouTube]