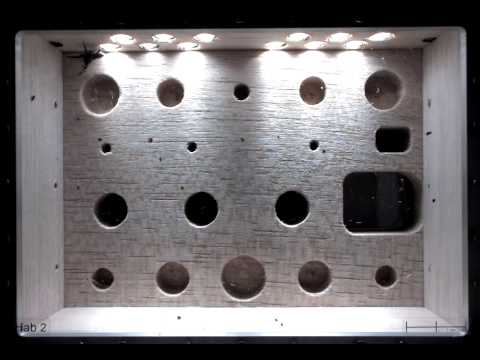 Her name was Nefertiti. Her species was Phidippus johnsoni. She was the first jumping spider to make it all the way to space and live to tell about it. After spending 100 days aboard the ISS, she successfully readjusted to life on earth where she enjoyed just five days of retirement at the National Museum of Natural History’s Insect Zoo. And sadly yesterday she breathed her last.

The NMNH released the following statement on its Facebook page:

It is with sadness that we announce the death of Nefertiti, the “Spidernaut.” “Neffi” was introduced to visitors Thursday, Nov. 29, after travelling in space on a 100-day, 42-million-mile expedition en route to and aboard the International Space Station. She was there to take part in a student-initiated experiment on microgravity.

Neffi’s life was short for that of a red-backed jumping spider. She only lived 10 months, compared to the typical lifespan of a year. But what she lacked in time she made up for in space travel. The little hero will be interred in the museum’s permanent collection. Her family — Salticidae, which is made up of about 5000 species of spiders — asks that you respect its privacy at this time. [NMNH Facebook via Smithsonian]