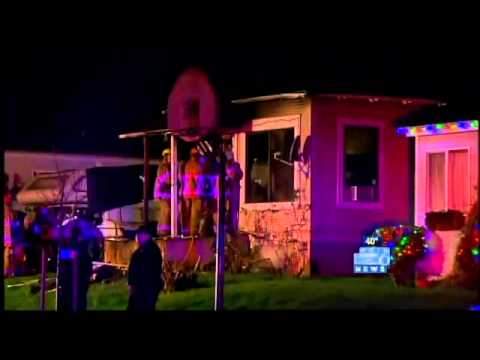 KATU reports that firefighters couldn’t move to put out a house fire over the weekend in Portland, Oregon, because a 69-year-old man was parading around outside wielding a sword and shield. As if a firefighter’s job wasn’t hard enough. It gets crazier.

After police arrived at the scene, they tried to talk reason into the man, but when he was unresponsive, the police tasered him, and carried him away to safety. Firefighters then moved into the house and put out the fire. Inside, they discovered a dog suffering illness from smoke inhalation. The dog was saved using a special doggie oxygen mask.

This is the second time this month that police have been called to this house to deal with the same man, who suffers from mental illness. Both he and the dog are expected to recover. Hopefully after causing all of this ruckus, this guy will get the treatment he needs. [KATU via NTDWA]