Moog Just Made Its Gnarly iPad Synthesiser App Much Better 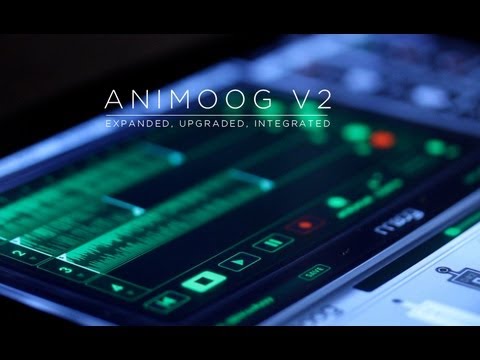 Released last year, Animoog was a triumph for Moog Music. The synthesiser app was a powerful digital tool built by legends of analogue instrument design.

Beyond capturing the classic Moog sound, the parameters of the Animoog’s sonics seemed almost infinitely tweakable without having overly complicated controls. The interface took full advantage of a touchscreen’s potential and the app had simple recording capabilities to boot.

In version 2.0, Animoog has been completely rewritten and expanded. The app’s already solid UI has been refined so that it’s more responsive. Little tweaks and feature additions help you avoid accidental actions on the screen’s relatively small work space and to help simplify common tasks.

Beyond the smaller changes, Animoog has a few larger additions. The coolest, is that you can now use the the iPad’s accelerometer to turn the tablet into a 3D modulator to alter the sound. In other words, Moog brought the app’s 2D interface into the third dimension. Moog also added a built-in four-track recorder. That’s not a remotely new feature on apps, but having a sophisticated tool you can use to record, loop, copy, paste and overdub from within the app is hugely convenient. (The four-track has to be unlocked for an extra $5.49.)

All in all, the synth is going to be easier and more enjoyable to use for everyone. Beginners will be able to get more out of randomly poking around, and experienced music makers will have lot more tools to put to work.