How To Get Your Google Back In Windows 8 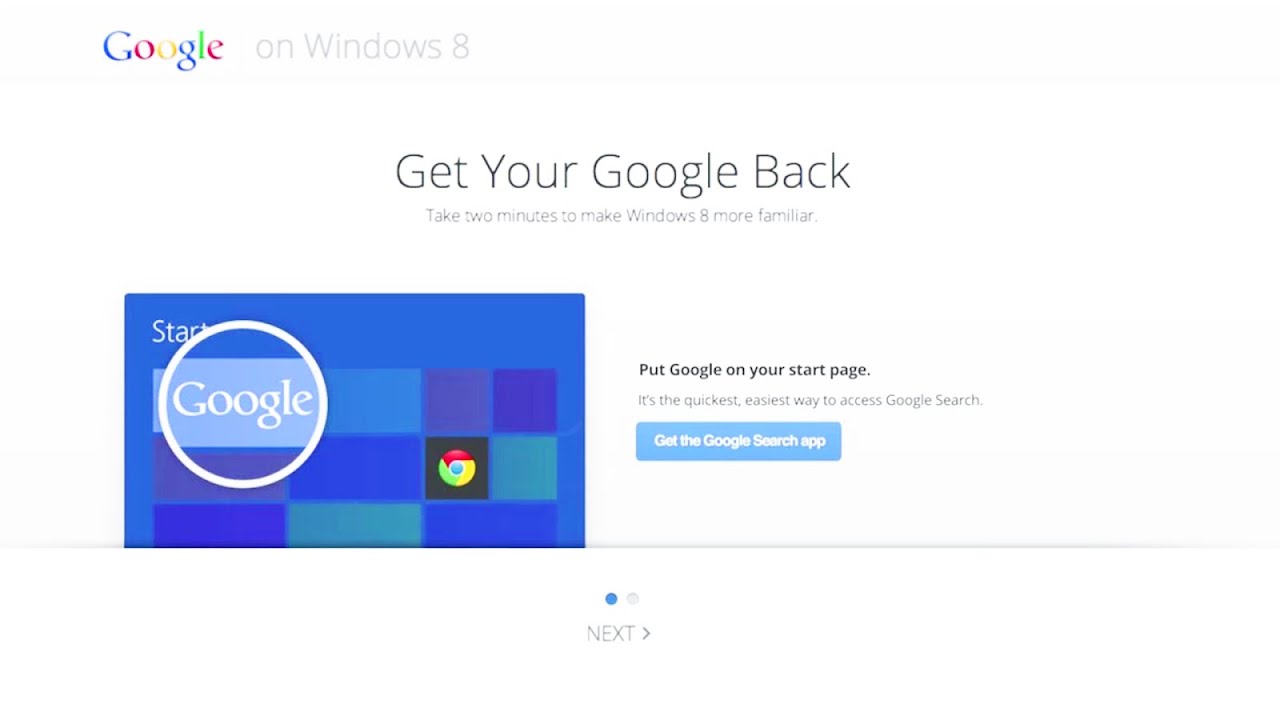 If you’ve used the newly arrived Windows 8, you may have noticed that among the army of colourful tiles, there’s something important that’s conspicuously absent: Google. Microsoft is pushing its own Bing and Internet Explorer hard, but if that doesn’t cut it for you, Google put out this catchy little video on how to get your Google back.

In a bid to make re-Googling as easy as possible for the new Windows 8 crew, Google has set up GetYourGoogleBack.com to walk users through installing the Google Search and Google Chrome apps. If nothing else, it serves as a reminder that Google is exiled from Windows 8 by default. With a video like this floating around though, it probably won’t stay that way for most users. I mean, who doesn’t want Google? [Get Your Google Back via Engadget]