Bob Murray giving a thumbs up in August 2007 near Huntington, Utah during rescue efforts to save six miners trapped after a collapse at the Crandall Mine he co-owned. (Photo: Justin Sullivan, Getty Images)

In the Black by Patrick S. Tomlinson (Image: Tor Books)

Don’t Be Afraid of All the New Sci-Fi, Fantasy, and Horror...

Silicon Valley Is Fighting a Losing War Against Politics

Silicon Valley Is Fighting a Losing War Against Politics 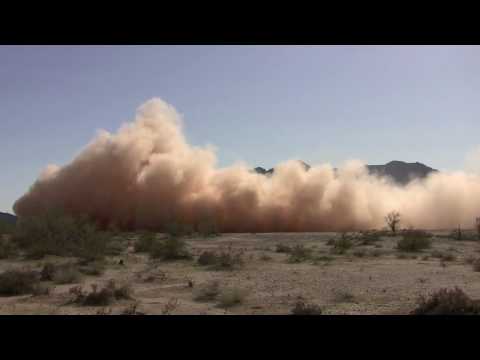 The V-22 Osprey is the only tilt-rotor aircraft actively employed by the US military. Developed in response to failures during the Iran Hostage Crisis, the V-22 spent more than two decades in development and first saw action in the skies over Iraq during Operation Enduring Freedom in 2007. Though it can carry twice as many troops as the CH-46E helicopter it will eventually replace (and go twice as far, at twice the speed), the V-22 was limited by its defensive capabilities.

When it was first deployed, the V-22 had only the option of an M240 machine gun or a .50 calibre M2 mounted on the rear loading ramp. In 2007, recognising how vulnerable this left the aircraft, the Department of defence hired BAE to develop a more versatile defensive solution — the Interim Defense Weapon System.

The IDWS is a remote controlled 7.62mm mini-gun, derived from the three-barrel GAU-17, which mounts through the aircraft’s rear cargo hole. Unlike its ramp-mounted alternative, the IDWS can rotate 360 degrees and fire at 3000 rounds per minute, laying down a suppressing fire effective against personnel and lightly armoured targets up to 1500 metres away. The co-pilot controls the system remotely from the cockpit via a colour monitor and joystick (The setup bears a striking resemblance to an XB360 controller.)

The IDWS also employs forward-looking infrared and 28x zoom to detect potential threats before getting in range. A computerised fire control mechanism prevents it from shooting into the V-22’s landing gear or 12m diameter rotors, so as not to limit the aircraft’s in-flight manoeuvrability. Mechanics need roughly five to eight hours to install this million-dollar weapon pod prior to missions.

“(The need for the IDWS) is mostly to provide any-access defensive capability,” said Gunnery Sgt Ted Karp, the Assault Support Department, Marine Aviation Weapons and Tactics Squadron 1. “You’re not only limited to just shooting off one side of the aircraft or just off the nose. You can shoot in any direction from the belly of the aircraft.”

Like the aircraft it’s designed to protect, the IDWS is not without its drawbacks. “It’s a weight thing,” said Capt Craig Thomas, a Marine spokesman. Tipping the scales at 360kg, the IDWS significantly reduces the amount of troops and cargo that the Osprey can keep aloft. What’s more, the system increases the co-pilot’s workload, dividing his concentration between his normal duties, looking for targets of opportunity, and coordinating fire with the rear gunner. And more than a few Marines have complained of nausea brought on by watching the IDWS monitor while the Osprey banks and turns.

Despite these issues, the Marines and the Air Force have utilised the IDWS in Iraq, Afghanistan and Libya for both military and rescue operations. “The capabilities of this system have not yet begun to reach its full potential,” Lt Col Brian C. Smith Jr, commanding officer of Marine Medium Tiltrotor Squadron 261, said in a press statement. “This system will bring the MV-22 to the front of an entire new future of capabilities and options, giving the commander even greater flexibility. I am thoroughly impressed by the MV-22 and this new unique capability.”