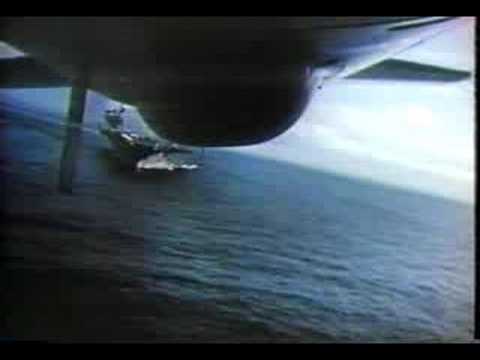 Invading enemy airspace is a lot easier when they can’t see you coming. So the US military typically targets enemy radar stations using a supersonic air-to-surface weapons called the AGM-88 High-Speed Anti-Radiation Missile (HARM). If it emits radio waves, it’s in HARM’s way.

The potential targets, beyond radar installations, include early warning systems, jammers and SAM sites. A fixed antenna located in the nose cone guides the missile to its target, and a proportional guidance system ensures it stays on course. Its dual-thrust, solid-fuel motor accelerates the 360kg, 4m missile to Mach 2 and speeds it along for up to 57 nautical miles. The aircraft crew inputs the ordnance’s basic flight parameters, and the AGM-88’s can also acquire and seek out targets while already in flight.

The latest upgrade to the 30-year-old technology, dubbed the HARM Control Section Modification (HCSM), features a GPS receiver, an updated inertial measurement unit and an on-board digital flight computer. The new technology improves accuracy, and it uses targeting data to ensure that the missile only locks on to enemy radar signatures within the designated engagement area. These changes further advance some 2010 improvements that help the missile seek out passive radar signals, counter active millimetre wave seekers, and find a radar installation even if it temporarily stops broadcasting to throw the HDAM off course.