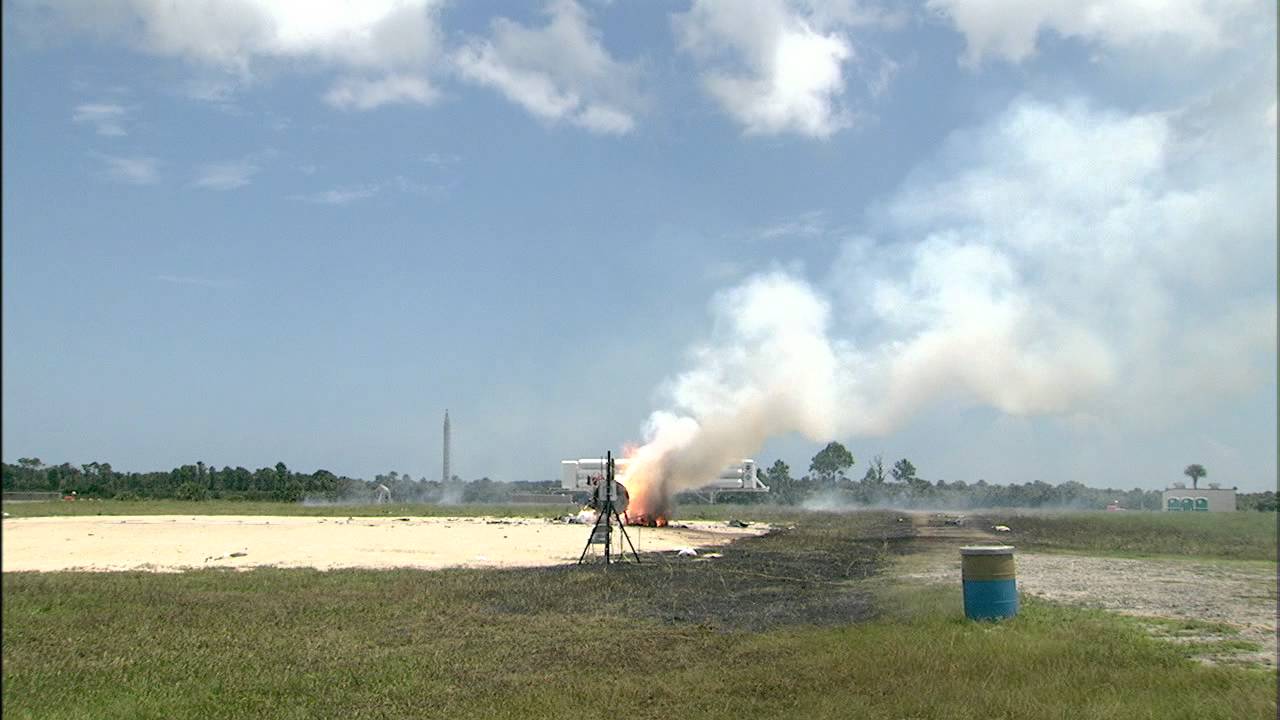 This video from NASA is proof that even if you land a nuclear-powered car on Mars, there’s no such thing as a perfect week. The Morpheus Lander — NASA’s eco-friendly lander designed to carry things like rover vehicles to the moon — had its first powered-flight test this week. Sadly, the results were fiery, explosive and downright sad to watch.

NASA has been doing tethered flight tests for some time now with Morpheus. That’s where the lander propels itself from the ground under its own power, but is attached to a crane that controls its ascent so that individual systems can be tested one by one.

In the first free flight test, however, the lander looks to have overbalanced itself on the ascent, crashing into the ground and catching fire. It took about three minutes for the lander to completely destroy itself, as fuel on board led to a fiery explosion which served as a sad exclamation point to an ambitious test.

The mission isn’t over though, it just means back to the drawing board for NASA’s best and brightest.

Watch the video for some spectacular fireworks.