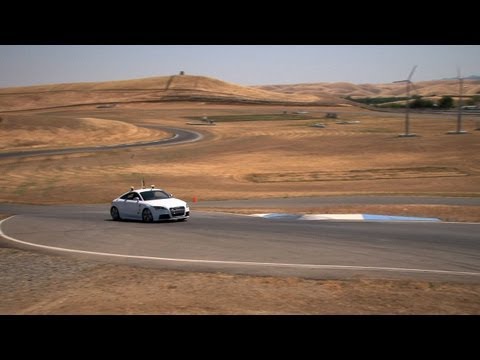 nobody behind the wheel

Shelley is an Audi TTS that has been modified by mechanical engineering geniuses at Stanford University.

They decided it would be a great idea to take the car to Thunderhull Raceway Park in California for a gruelling test that saw the car thrown through chicanes, crest hill turns and fast straights. There wasn’t anyone controlling it at the time, but if you have a look at the video, it seems like there is someone actually in the driver’s seat the whole time. I’m not saying it’s a flawed test, I’m saying that’s the bravest man alive.

Would you put your life in the hands of a driverless sports car? [Daily Mail]