No, Curiosity Has Not Captured UFO Images On Mars 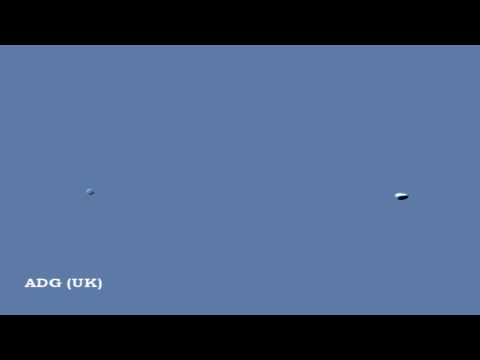 hasn’t been the first time

In fact, they are scrutinising them pixel by pixel. Literally. Take a look at the video above. According to the author:

Four objects caught by Mars Curiosity, very difficult to make out on original image so I have used a few filters to highlight. What are these four objects? UFOs, Dust particles, or something else? As always you decide.

Fortunately, we don’t have to decide. These are not flying saucers or weather balloons or Venus gleaming in the morning. They appear in every single image captured by these Curiosity cameras, at any time of the day. That happens because they are not floating outside of the rover. They are in the sensor itself; some of the receptors in the sensor are not working.

They are called dead pixels, and many cameras have them (the sensor in my Canon DSLR has a couple). Usually you don’t see them because they get mixed with the noise of Earth’s atmosphere. In this case, against a perfectly clear sky in the thin atmosphere of Mars, it’s easy to spot them if you look close enough. And, if you sharpen them, they will appear to have volume. You can do the same thing in Photoshop and see how that works.

Here’s a message to all the ufologists investigating all these images for proof of alien life: you don’t have to do it. Among other things, NASA sent Curiosity up there to look for traces of life. Hopefully, they will find traces of some old bacteria or some kind of microorganism. If they find any, they will be the first ones to call all the TVs in the planet and make an announcement that will have deep repercussions in our understanding of the Universe and our place in it.