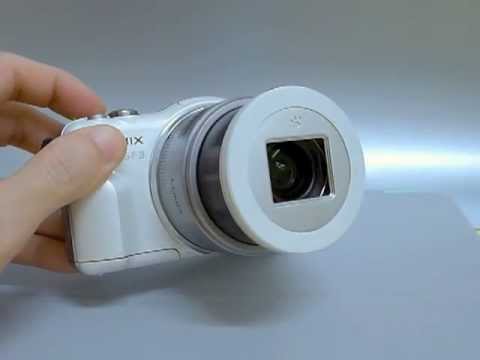 Point and shoot cameras typically feature built-in lens caps that automatically snap shut when the camera is powered down. But larger cameras don’t, which is what inspired the creation of the X-Cap. It attaches to a camera lens like a removable cap, but features an opening that automatically opens and closes when the lens is extended or retracted. Nifty!

Designed specifically for cameras where the lens doesn’t fully retract into the camera’s body, the X-Cap should in theory work on everything from Micro Four Thirds snappers to full-sized DSLRs. On the backside of the cap is a small trigger switch which the camera presumably makes contact with when the lens is retracted, automatically closing its opening.

It means the X-Cap never has to be removed — so it won’t ever go missing — while still letting you snap away. And while there’s no pricing or compatibility details just yet, absent-minded photographers should be able to order one sometime in the next couple of months. [Engadget Chinese via Engadget]