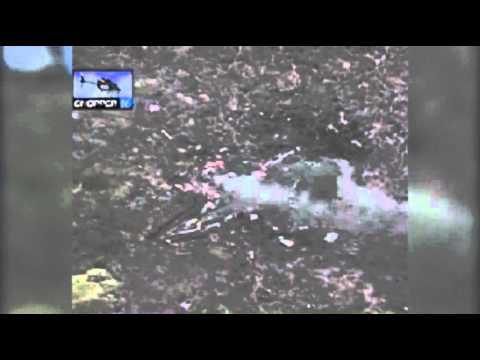 We often think of drones as distant hovering sparrows in the sky, buzzing and cooing, firing off the occasional Hellfire missile. But they’re enormous flying machines with massive wingspans. And when they crash, they sure leave a giant flaming mark.

The AP footage above was captured in the aftermath of yesterday’s crash of an RQ-4 Global Hawk operated by the Navy. It was on a routine flight above Maryland’s idyllic (and thankfully, sparsely populated) Eastern Shore, testing its massive surveillance abilities. Then it crashed, leaving a giant ring of flaming debris and destruction in a spot where no people, buildings, or anything of worth happened to stand.


But you can imagine what it would’ve been like! People killed and things aflame. The Global Hawk is a big ol’ bird, 13.4 metres long, over 4.5 high, and a wingspan of over 35 metres, weighing in at almost 12,250 kilos — that’s about two elephants. And it’s filled with fuel, of course, until DARPA can fix up a way for it to fly on Congressional hot air.

They’d be lucky, as there’s plenty of that to go around these days: the Federation of American Scientists reports a new Senatorial call for drones to fly freely across the US:

The integration of drones or unmanned aerial systems (UAS) into the National Airspace System (NAS) needs to be expedited, the Senate Armed Services Committee said in its report on the FY2013 defence authorization bill last week.

“While progress has been made in the last 5 years, the pace of development must be accelerated; greater cross-agency collaboration and resource sharing will contribute to that objective,” the Committee said.

A provision of the bill would encourage greater collaboration on drone integration among the Department of defence, the Federal Aviation Administration, and NASA.

“Without the ability to operate freely and routinely in the NAS, UAS development and training — and ultimately operational capabilities — will be severely impacted,” the Committee report said.

There’s very little talk of safety alongside the hurrahs for drone flocks. And looking above, you have to wonder why — it could’ve just as easily been someone’s apartment building. Not that the Navy ever does that.