This Talented One-Armed Juggling Robot Is The Future Of Busking 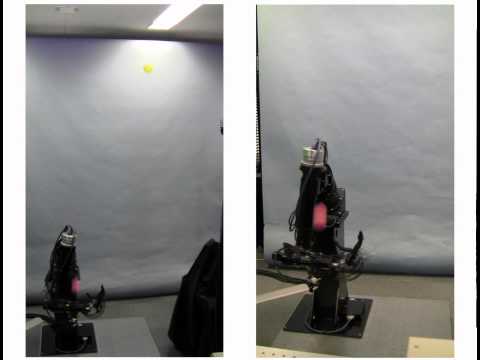 In today’s tough economic climate even industrial robots are having a hard time finding work. So it’s nice to see that researchers at Chiba University in Japan have successfully taught a robot arm how to juggle. An important skill that will let robots continue to earn a living by busking on the streets.

But there’s still a bit of research and development to be done before the coins start rolling in. Even though the arm is agile enough to throw and catch a ball, keeping two in the air at the same time and its side-to-side motions are limited. Meaning that if a ball drifts out of the path of its hand, it won’t be able to catch it. Using a high-speed visioning system, the robot can successfully perform about five catches before it starts missing, which might actually be enough to earn a sympathetic dollar or two. [YouTube via Automaton]