Hard Drive-Annihilating Microwave Blasts Your Data With A Single Zap 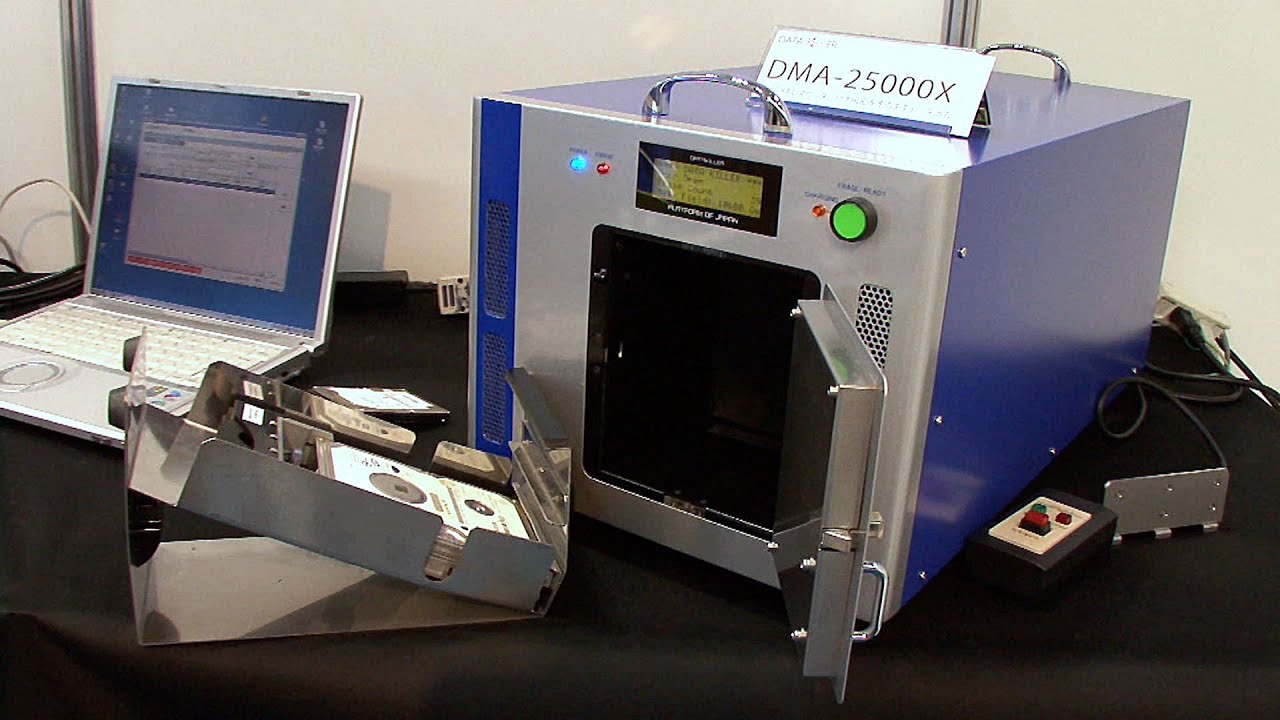 We already know how the DoD wipes its hard drives. It’s effective, but it takes time. This weapons-grade data nuke instantaneously sends your disks back to the Stone Age in a flash with the push of a button.

Developed by Platform of Japan, Data Killer whitewashes a hard drives — or any other magnetic media like floppies or MiniDVs — by zapping them with a strong magnetic field. As DigInfo explains, data is recorded on hard drives using magnetic alignments. Fill up the retractable shelf on this data crusher with the media you want to destroy, push the little red button and all of the recorded information will be instantly obliterated.

Best of all, Data Killer doesn’t only need to be used to conceal your nefarious deeds: the erased media is clean but it’s still usable. Depending on cost, the technology could be used to wipe tapes for filmmakers or record producers. Platform of Japan reportedly has plans to market Data Killer overseas, but there’s no word on when it’ll hit shores elsewhere. [DigInfo]