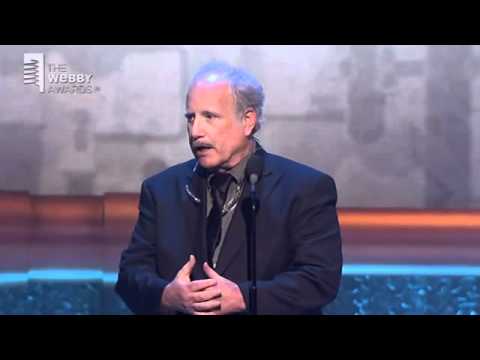 Now, perhaps Dreyfuss is just nervous. That could totally explain why he slams, er, “Eric Brin” for privacy violations. That took guts. Maybe. And I don’t know what he means about his broken string of “Macs and Pros” but okay! Again, it’s a profile in bravery. I think. Because, really, who wants to admit to an upper west side constituency?

Or, you know, it could have taken liquid courage made from the finest agave plants. Certainly, his rambling tribute sounds a lot like something that your wasted boss might say while leaning uncomfortably all over you, arm draped over your shoulder, smelling of tequila and onions, gesturing with the drink in his other hand.

But perhaps he has a point. Perhaps we should know something private about Mark Zuckerberg and, er, Eric Brin. That actually sounds like a great idea to me. And in fairness, if I won an Oscar early in my career and then found myself presenting a voiceover ad campaign I did in front of a bunch of slackjawed web dorks at some event I’d never heard of, I would also be wasted. [Webby Awards via Mashable]