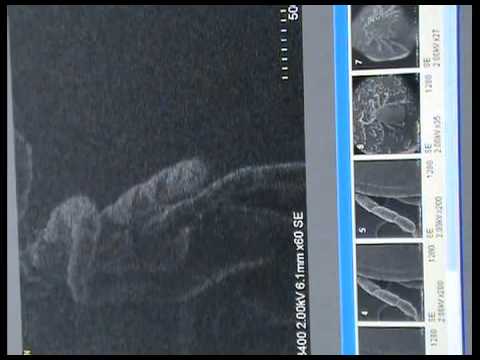 Whenever you see an animal through an electron microscope, the animal is dead. Pretty or monstrous, but dead, dead, dead. DEAD. Not this tick, however. They put her alive inside the device, and she survived. Not only that, she was moving. Watch.

The 20 ticks -- eight adult females and 12 nymphs -- they used on the test survived two days after being bombarded by electrons for 30 minutes in complete vacuum conditions. They also tested some ticks without vacuum. These were instantly fried. Poor ticks.

According to the researchers, "these data also indicate, for the first time, the usefulness of tick as a model system for biology under extreme condition." We should send them to colonise Mars. [PloS via PopSci]