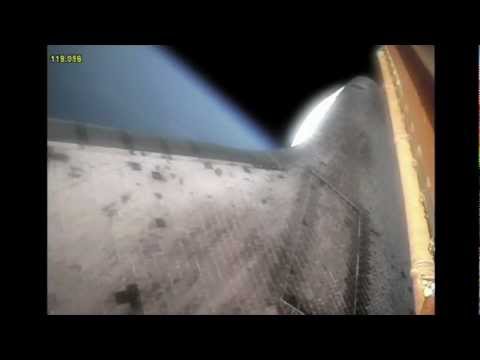 I’ve seen many launches of the space shuttle from the point of view of the rocket booster, but none, none I tell you, match this one. It’s simply amazing for one reason: the sound. Put your headphones on and listen.

Michael A. Interbartolo III, at NASA’s Johnson Space Center, tells me it was created in collaboration with Ben Burtt Jr and Skywalker Sound. They did a masterful job at remixing and enhancing the sound, from liftoff to splash down.

This is part of a DVD and Blu-ray especial edition of Ascent, the movie that collects the best video material of three decades of the space shuttle. There’s a free Ascent iPad app now, but you will not find this video in it. [Thanks Michael!]