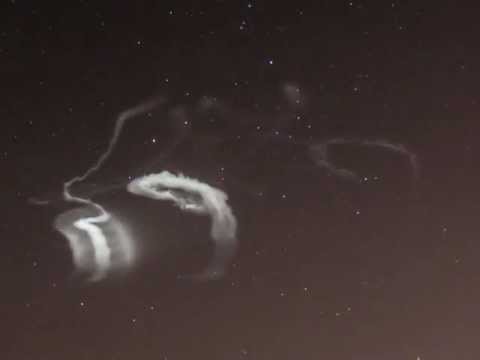 NASA is conducting experiments to “better understand the process responsible for the high-altitude jet stream located 60-65 miles (95-100km) above the surface of the Earth”. Sounds boring? Watch the video and enjoy the (brief) show.

This morning, NASA’s ATREX — Anomalous Transport Rocket Experiment — program launched five suborbital rockets from the space agency’s Wallops Flight Facility in Virginia. The rockets fired 80 seconds apart, releasing a chemical tracer on the edge of space, 100km up in the sky. The chemicals created clouds that were seen from many miles away.

The clouds would give scientists data to “create better models of the electromagnetic regions of space that can damage man-made satellites and disrupt communications systems”. [ATREX via NASA]