RIP 'Laney', The Dog Who Inspired The Military's Robot Pooches 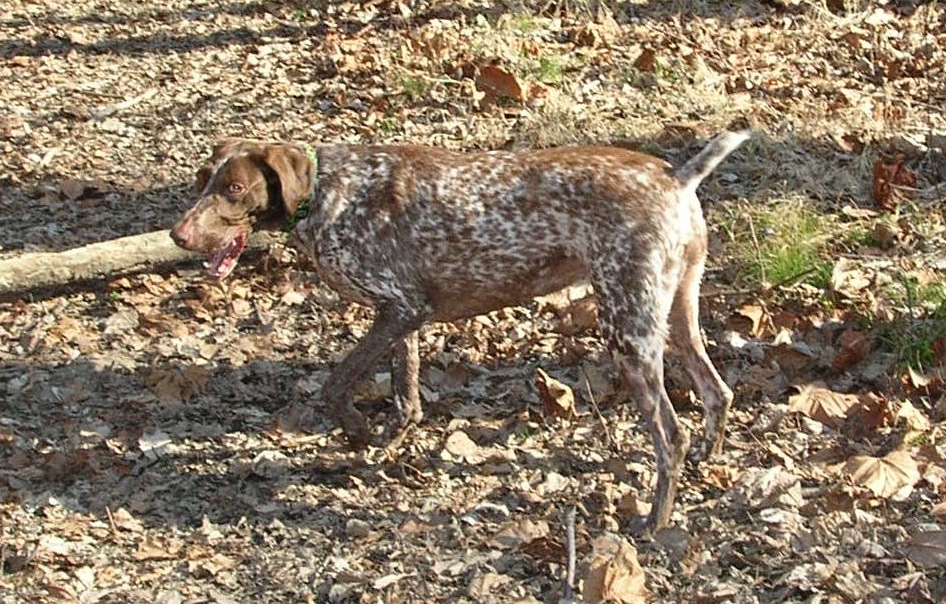 Before there was the BigDog — the Pentagon's remarkably lifelike four-legged robot — there was a German short-haired pointer named Laney. The brown-speckled pooch inspired one of the military's most bizarre and captivating technology projects, its gallops and marches witnessed by millions on YouTube. This week, word spread among the small circle of US Defense Department researchers who knew Laney that she had passed away. She was 12 years old.

Laney belonged to Dr Alan Rudolph, a zoologist who worked at the turn of millennium for Darpa, the Pentagon's blue-sky research agency. Back then, Rudolph specialised in bridging the gaps between the animal world and the military one (.ppt). He recruited honeybees as bomb-sniffers and helped teach machines to climb like geckos and fly like hummingbirds. He even oversaw the construction of "brain-machine interfaces" which allowed robotic limbs which to be controlled by thoughts.

But perhaps his most famous — and most inspired moment — came in 2001, when Rudolph was taking a walk with his wife and his dog in the woods near the C&O Canal in Maryland. Rudolph had been trying to come up with a way to solve one of the military's most vexing problems: transporting infantrymen and their gear across rugged terrain, where Humvees and tanks couldn't go. As he watched Laney ran at full speed over fallen trees, across streams, and up and down the steep embankments, Rudolph realised the answer was scampering right in front of him.

"We should really build something like that," Rudolph said to his wife.

At the time, Sony was selling tens of thousands of its Aibo robotic dogs. In Japan especially, they became nearly as prized as flesh-and-blood pets. Rudolph believed that if troops could make the same sort of connection with their robots, they'd be much more like to accept their help on the battlefield. A mechanical Laney would be irresistible.

Rudolph reached out to the legendary robot-maker Marc Raibert. At the time, he was concentrating on virtual models, not mechanical things. Rudolph convinced him to start building robots again, starting with this Laney replica. They called it BigDog.

At first, the idea was to get BigDog to catch a frisbee, just like Laney. What better way to earn troops' affection? "She was a very talented frisbee player," Rudolph explains. "Laney could leap four feet (1.2m) in the air."

That was a little ambitious, even for the founder of the MIT Leg Lab (especially considering the BigDog had no head). But Raibert and his team at Boston Dynamics were eventually able to replicate was Laney's sense of balance. The robot could walk across ice and through mud, and still stay on all four feet. It could even take a kick to the side, and keep on trotting. And even if BigDog couldn't play Ultimate, the robot showed in demonstrations at Ft. Benning and elsewhere that it could do something much more militarily useful: carry up to 150 pounds' worth of gear for exhausted troops.

But as BigDog and its giant pup, AlphaDog, kept improving, Laney kept getting older. Eventually, her health started to fail. In October, she started to bleed from her nose. A CAT scan revealed a nasal tumour. "It grew pretty quickly," Rudolph sighs.

Still, Rudolph — now running chemical and biological defence programs at the Defense Threat Reduction Agency — took no small comfort in the fact that his dog became so well known, and led to a machine that shows such military promise. "It's emotional," he tells Danger Room, "but it's a great way to leave a legacy."

"Laney will be missed," Rudolph and Raibert eulogise in an email, "but her inspiration lives on."