How Game Of Throne’s Dothraki Language Came To Be 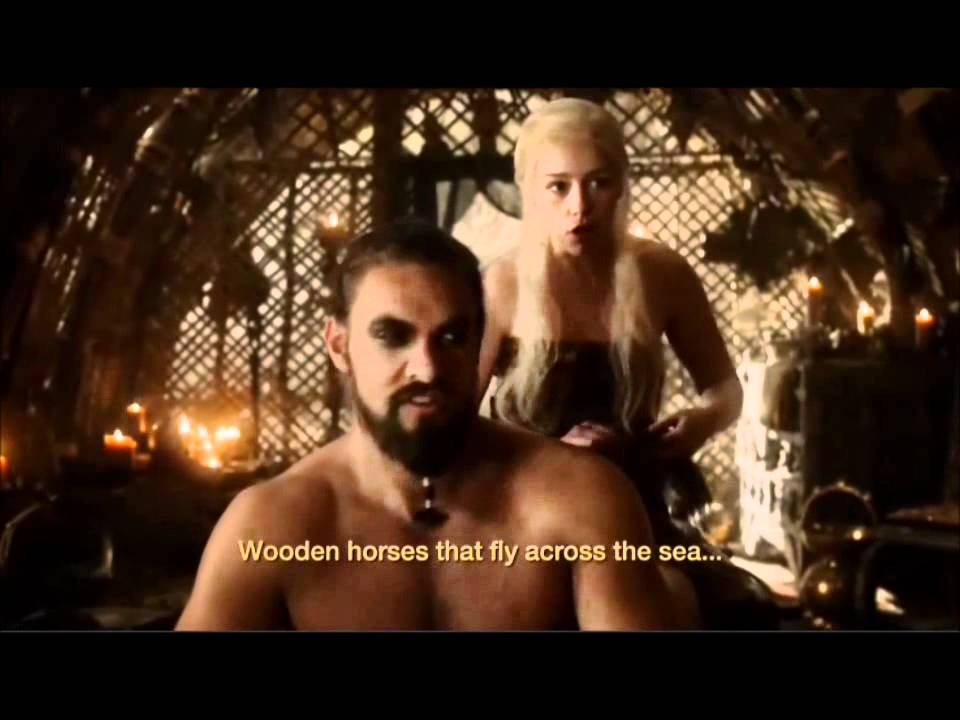 The Dothraki language in Game of Thrones isn’t some slopped-together, haphazard gibberish. As the NY Times tells it, it’s a full-formed, logical vernacular put together by a linguistics expert inspired by languages such as Swahili and Estonian.

David Peterson is the man behind dreaming up the entire Dothraki language for television. After getting his degree from UCSD, he created 12 other full languages and founded the first professional organisation for people who like to create fake languages. (I’m legitimately curious how many people are a part of that).

To get the gig creating the Dothraki language for the show, David Peterson had to undergo a rigorous testing/audition process. His first step involved drafting a 180-page proposal complete with a dictionary and recordings of spoken phrases. Then began the dirty work.

Next, Mr. Peterson tried to establish words that would be native and basic (meaning they are not derived from another Dothraki word), toying with letter combinations and sounds he liked. His favourite sound is “JH” as in “genre,” so he made the word for man in Dothraki mahrazh.

After he amassed a small vocabulary, Mr. Peterson tested out basic grammar. He adored the 18 noun classes in Swahili and the negative verb forms in Estonian, both influences in his created languages. He scribbled sample sentences and added suffixes and prefixes to expand the vocabulary.

He aims to eventually expand Dothraki to around 10,000 words – or about the equivalent of college-level foreign language proficiency.

Here’s how well Peterson understands the Dothraki: there’s no word for toilet, but there are 14 for horses. Well done. [NY Times]