A Predator Drone Watches America Exit Iraq From Above 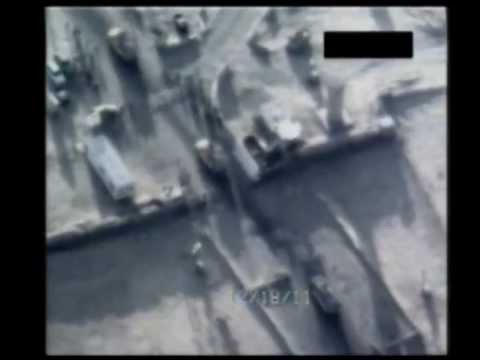 Have you heard? The war in Iraq is over! Pretty much. The humans are out — but the big robot eyes in the sky are going to stick around. Hey — here’s a perfectly symbolic video!

This MQ-1 Predator drone was breezing over the enormous convoy that scooted out of Iraq over the weekend. The Pentagon calls it “the beginning of a new phase in the U.S.’s relationship with Iraq,” which is true. But it also marks the transition from man to machine — UAVs will continue to patrol the skies of Iraq and its neighbours, quietly doing work either impossible or too unpopular for us fleshly creatures. Indefinitely. The drone is ascendant. [USAF via Danger Room]