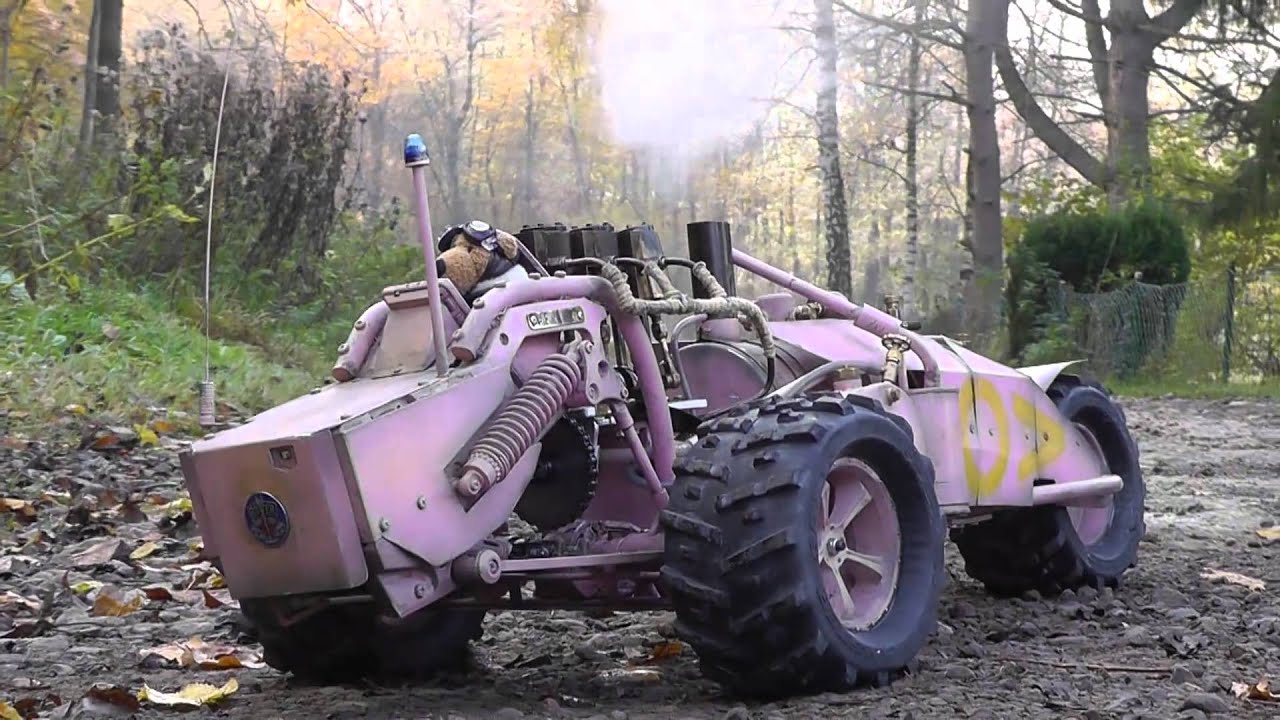 It isn’t going to win any races, or pull off any amazing jumps, but I’m happy that it slowly chugs along because it gives you plenty of time to take in all the pistons, gears and mechanical magnificence that make it run. I’m going to assume that the onboard electronics, like teddy’s console, the flashing light and the servos that turn the front wheels are powered by a battery of some sort, but bonus points will be awarded if that miniature boiler also powers an on-board generator. [YouTube via OhGizmo! via Technabob]