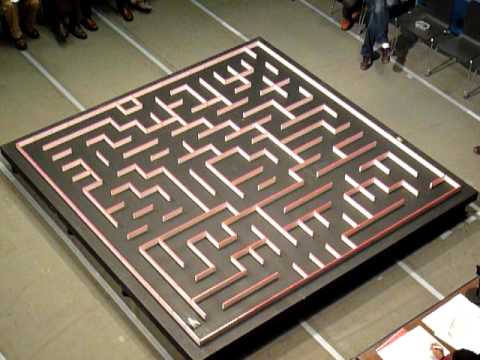 Even after spending years solving countless placemat mazes at restaurants around the world, I’m still no match for this robotic micromouse that races through this giant maze in just 3.921 seconds, shaving a full second off the previous record.

Even without the promise of cheese or a cat in pursuit, the tiny robot looks far more determined to reach its goal than the previous record holder. Of course, what you don’t see in this video is the micromouse’s previous run where it studies the maze at a far more leisurely pace. But at no time is the robot given an overhead view of the maze, so the course it plotted for its record setting run had to be calculated from its own explorations.

I’m still doubtful that if you gave it a crayon it would be able to re-unite Grimace with his milkshake as quickly, so at this point I’m still giving humans the advantage when it comes to maze solving. But not by much. [Robot Dreams via Automaton]