These Women Are Wearing Clothes Made Of Real Milk 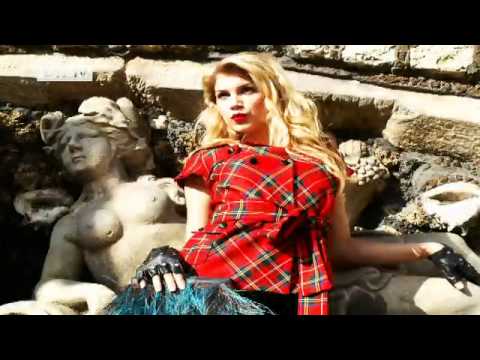 I’m having a hard time believing this, but these women are wearing clothes actually made with real milk. Yes, the liquid white stuff. The milk fabric was created by 28-year-old German biologist and fashion designer Anke Domaske.

Domaske and her team have found a way to turn sour milk into a environment friendly yarn in a very easy and clean way. They eliminate the liquid from it, extracting a protein found that solidifies and then is ground into the threads that form the fabric. Domaske finds the whole thing fascinating:

Milk is underrated because people only view it as a food-stuff. But you can make a lot more from it — milk is a wonderful, natural raw material. The special thing about milk is that is has a lovely silky feel. The fabric falls wonderfully, and it’s cheaper than silk.

That’s the most amazing thing to me: the clothes feel like silk, but they don’t impact the environment like silk production does — which depends on pesticides and other things. This process recycles spoiled milk, which sadly exists aplenty.

She will be selling her designs for as little as $US290, which is impressive considering the quality and how new the process is. [DW via The Next Web]