Libya Is Quickly Becoming A Level From Twisted Metal 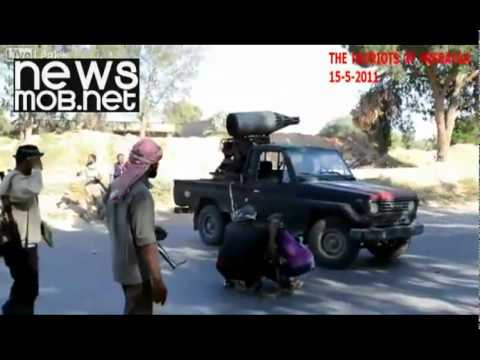 Just this morning we showed you a chopper-rocket-packing truck of the Libyan rebel army. Looks like it wasn’t the only one they’ve got: we found another hybrid missile pod pounder, firing away across flaming war wreckage. The scene is apocalyptically surreal.

DefenseTech speculates the salvaged rocket pod atop this car (in a single model, as opposed to the earlier dual-firing setup) is a UB-35, also torn from Qaddafi’s downed Soviet-built air force. And behind it? A whole convoy of other war-modded cars. This might be one of the most cleverly-fought rebellions of all time – certainly one showing off the most mechanical prowess. Don’t fuck with the underdog when they’ve got engineering degrees. [via DefenseTech]