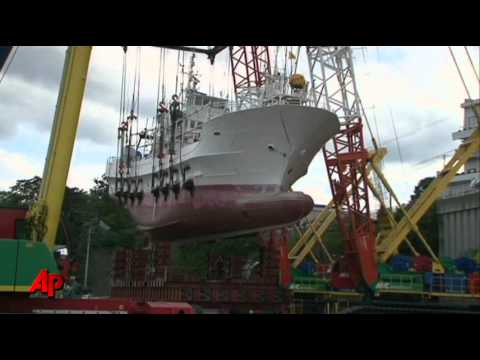 How do you return a 400-tonne ship to Japan’s waters, after it washed ashore in March’s brutal tsunami? Using giant cranes that hoist it 9m above the ground, lowering it onto a massive 192-tyre trolley normally reserved for trains.

It’s a process that’s expected to take 2-3 days per ship, and cost $US1 million each. Luckily the insurers have agreed to pay for the retrieval of each of the five ships, a deal which was finally agreed upon three months after they became beached in Kesennuma, part of the Miyagi province in the north-east of Japan.

Another two months of repair work, and the five ships rescued from the port-town will be ready to set sail once again. [Scotsman via Japan Probe]