‘Iron Curtain’ Defence Computer Punches Rockets Out Of The Sky 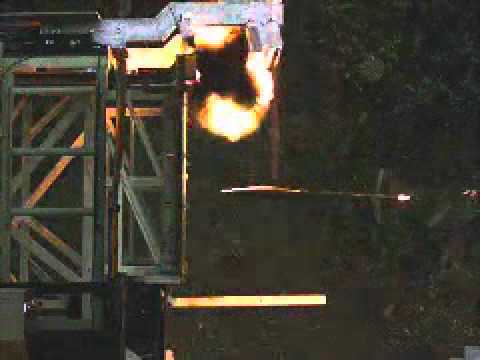 Dodging an incoming RPG is a pretty tall task for anyone, unless you’re a ninja on meth. For the rest of us, it’d be easier to just blow the damn thing up before it hits, right?

That’s the Iron Curtain system in a nutshell: It uses “active protection” technology to blow RPGs and anti-tank missiles out of the air, like if you were to punch somebody’s first that was about to punch you. What’s surprising is that the chief bottleneck for this kind of tech isn’t lightning reflexes or propulsion or clairvoyance or some other engineering obstacle: It’s pure processing power.

The computer has to register the target, calculate its airspeed and trajectory, and then decide where to shoot back. The Iron Curtain is mounted on the top of armoured vehicles, and it fires straight down. The close proximity to the vehicle drastically reduces the complexity of the physics involved, though it also puts more emphasis on the alacrity of the calculations.

Maybe the most amazing thing about Iron Curtain, though, is that it’s still getting better. Right now it’s clobbering RPGs travelling at 296m per second, but they have their sights set on countering armour-piercing explosively formed projectile bombs that can move up to 4km per second. The system won’t be in the field for at least another year, but when it does, it will have a chance to neutralise one of the bigger threats to our troops overseas. And if it manages to save a DeLorean or two from Libyan RPGs, all the better. [Wired]