Golf Is Better At Night With Glow-In-The-Dark RoboBalls 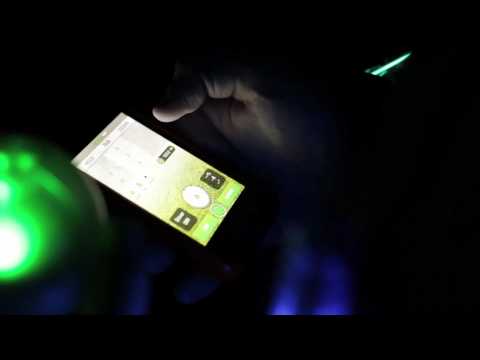 You’ve as much chance of finding a golf ball on a darkened course as you do finding Hoffa. What the sport needs is bigger balls. Big, glow-in-the-dark, steerable robotic balls like these.

The newly-revealed Sphero Golf app treats your phone’s touchscreen like a Golden Tee trackball; flick a finger to set the ball rolling, hopefully towards the cup. An RGB LED will illuminate your late-night scratch round and can produce thousands of colour combinations.

When we first saw the Sphero at the end of last year, it was already rocking some pretty slick features like Bluetooth control, tilt sensor steering, an open-source API and induction charging. The Sphero goes on sale late this year for $US130 and will include Sphero Golf and two other apps. [Orbotix via Wired]