Spiders Must Be Jealous Of These Wall-Climbing Robots 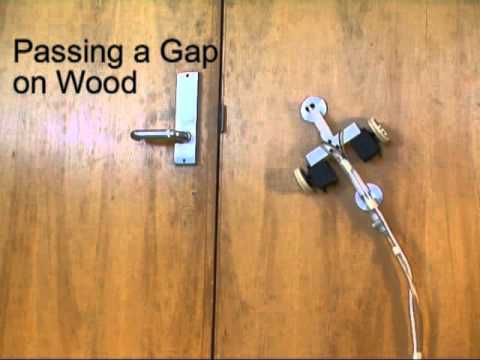 Climbing walls like a spider would be cool, except that some walls are probably pretty gross. And you’d have to like, touch them.

Unless you were using something like a non-contact vacuum Bernoulli gripper – commonly used to lift things that are sterile. Until now, it had a weaker grip than a four-year-old shaking hands with Hulk Hogan. But researchers at the University of Canterbury in New Zealand solved this by using a super small gap (25μm) and blasting air through it at Mach 3, which makes the grip five times stronger than other Bernoulli grips. No additional additional air volume or pressure is required, since it’s all accomplished by creating a low pressure vortex with the internal geometry.

The grips are strong enough to let the robots stick to walls with gaps, like the space between two doors, without losing their grip, and they’ll be used for industrial inspections. The grippers will also be available separately for a few hundred bucks, and might make cleaning the bathroom after a party a good deal less gross. [IEEE Spectrum]