MIT’s Navigator Will Dazzle You With Information, Crash Your Car 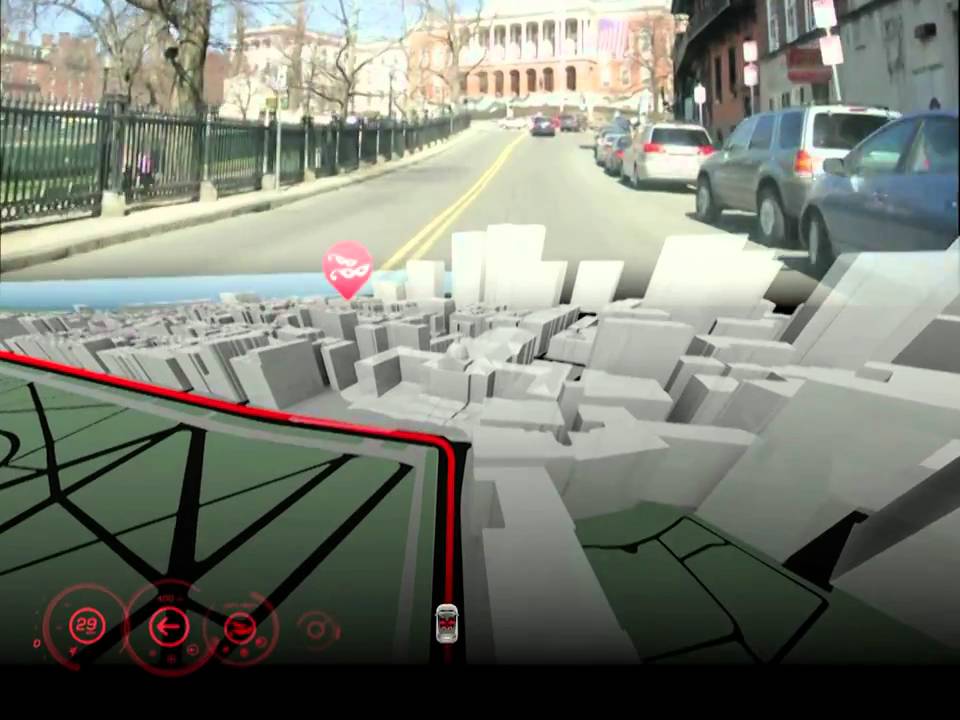 MIT’s last AIDA driving concept seemed dubious enough – a robotic backseat driver who’d give you navigational (and emotional!) feedback. Still, annoying at worse. But 2.0, amazing as it seems, looks like it would amaze you into a flaming wreck.

The driving aid goes way beyond the semi-charming robot pal – it recreates your car’s entire environment, projected in 3D. Local deals, driving tips, SKYSCRAPERS – all spread across your dash. If texting while driving is distracting, this seems like it would be the equivalent of fifty thousand cell phones stuck in your face while driving, plus someone blasting bear mace in your eyes.

Still! A dashboard HUD is an nifty idea – this iteration just needs to tone it down a bit. A lot. Massively. [Smart Planet via PopSci]