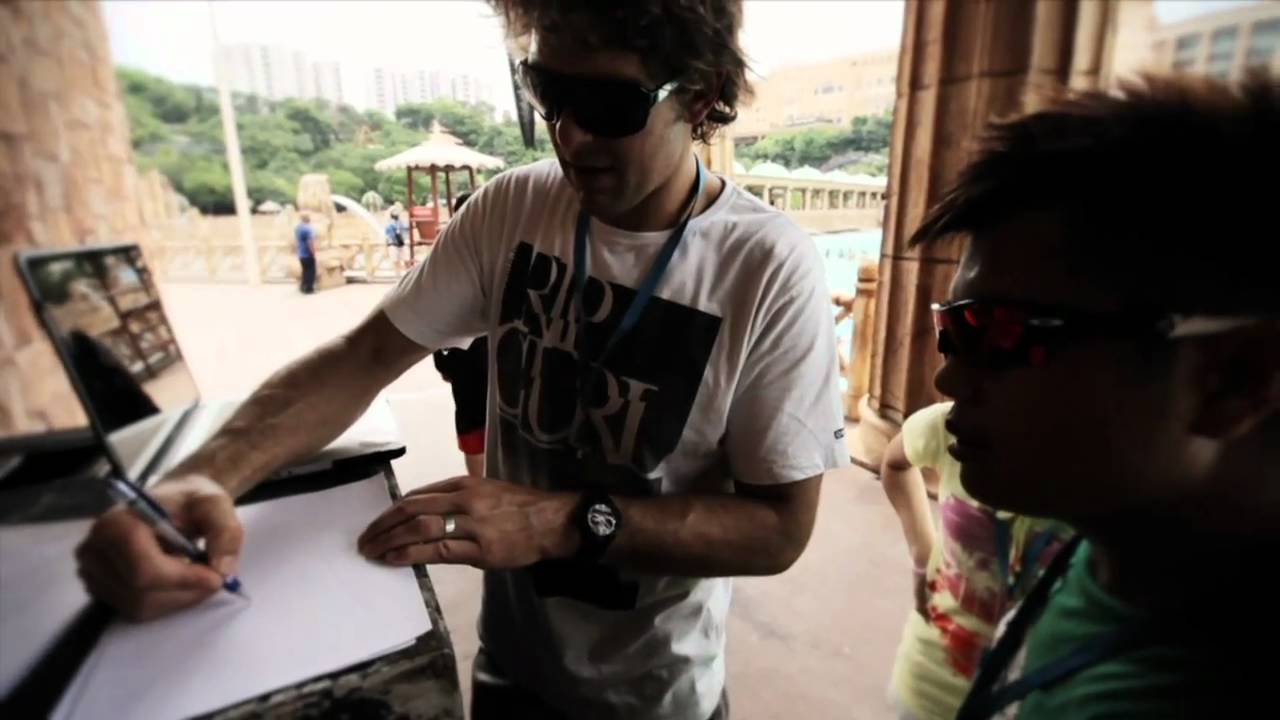 Surfing doesn’t pop up too regularly on Giz, but when the guys from Rip Curl decide to create some Matrix-style, bullet-time video of world champions Mick Fanning and Steph Gilmore at the Sunway Lagoon Wavepool in Malaysia using 52 Canon DSLRs, we just had to take notice.

Filmed by the team at Timeslice films – the same guys behind the effects in The Matrix – the custom rig was set up in the wave pool with a trigger system to fire off all 52 cameras at the same time in order to create the side panning 360-degree action (although these vids aren’t quite 360 degree).

As you’d expect though, with so much gadgetry near so much water, there were disasters, including the death of a few Macs and half a dozen hard drives. Hope they remembered to back up their backups…