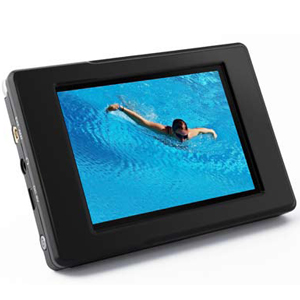 Pocket-sized television devices are nothing new, but pocket-sized TVs with built-in digital tuners are, at least in Australia. Laser have announced their new range of DVB-T portable TVs.

There are three models in the range, including the entry-level C30, the mid-range MP32 and the high-end ST35. All three devices come with a 3.5-inch LCD screen, auto-scanning and a built-in antenna. The C30 can double as a set-top box, has a built-in FM radio tuner and remote control; the MP32 can double as a DVR, as well as a PMP and MP3 player and the ST35 brings a touchscreen interface to the table.