The Mysterious Case Of The iPod Touch Cases

The iPod Touch didn’t get a camera in last night’s update. We know this. But why is it that images of cases for the new iPod Touch from both Cygnett and Belkin (among others) all have a hole in the back over a camera?

In my inbox this morning following the Apple event was a press release from Cygnett spruiking their new iPod cases, including this image here.

Following that, a tipoff from reader Adam with this image of the Belkin Clearcase. 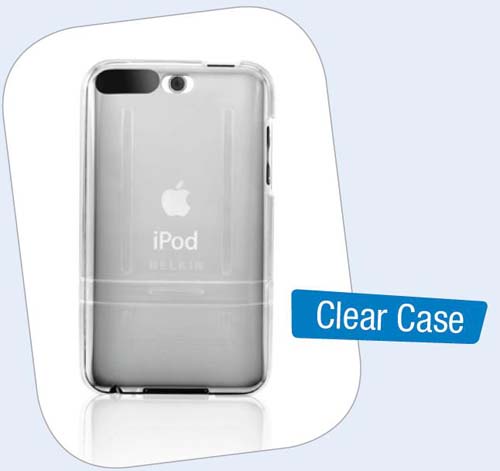 Both cases have a hole in the back showing a camera. Which begs the question: Why? Were they working off Apple’s specs, which were changed at the last minute? Or were they working off Internet rumours and speculation? It seems like the latter would be unlikely considering more than one manufacturer has released images of cases with the camera in the exact same spot.

Which means it’s more likely that Apple changed the specs on their partners, probably at a point where it was too late for them to change their design. We’ve contacted Cygnett to try and find out what the situation is, and will update when we hear back from them.

Until then we have to wonder: how long before we start seeing lawsuits?