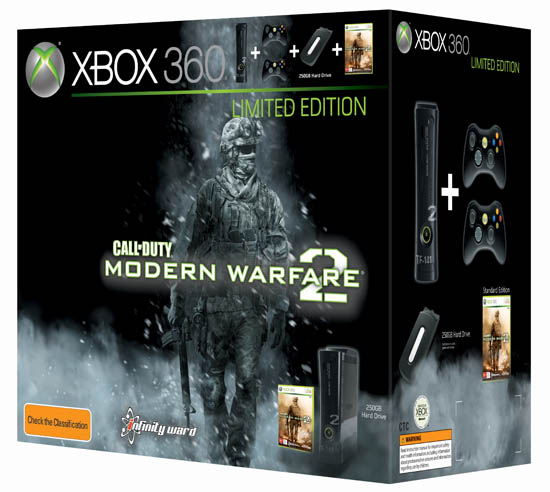 Microsoft love their Xbox 360 bundles, and the latest one is a real beauty. Partnering with Activision, the Modern Warfare 2 bundle is the first to offer a 250GB hard drive inside.

Launching November 10 for $599, the console bundle will also come with a copy of the game, two wireless controllers and an Xbox 360 headset.

We’ve asked Microsoft if they have any plans to release the 250GB HDD as a standalone peripheral, although we haven’t had a response yet. If they are planning it though, you can probably expect it to be fairly pricey…