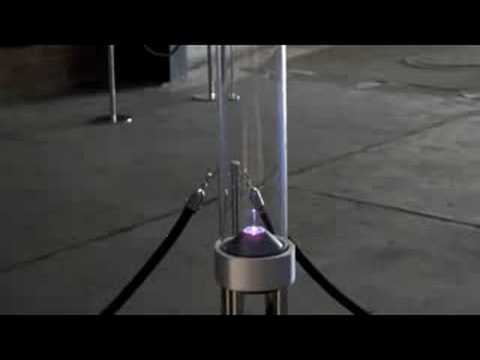 We’ve seen Sony’s Sountina speaker on Giz before, but yesterday at their UCHI event, Sony were showcasing the speaker for the first time in Australia. For those whose memories are lacking, the Sountina is a vertical speaker that uses some weird kind of tech to both do away with the need for stereo speakers, as well as maintain a consistent volume in 360 degrees no matter how close you are to the speaker.

As you can see from the video above, it’s a funky looking device. The whole volume thing is actually really disconcerting – while it may seem a little bit louder closer to the actual speaker, you can walk about 5 metres way and it still sounds like it’s the same volume. And even when you’re standing right next to it, you can still hold a conversation without raising your voice or gesturing like a monkey.

Sound quality was pretty good in the mid to high range, but the bottom end was distorting like it was in pain. It may have been something to do with the fact that the speaker’s base was just sitting on concrete, but the sound was still shaking around all over the place in the low end.Apparently, we are going to see the Sountina in Australia, which is a bit of a surprise. It isn’t going to be for most consumers though – it will be more targeted towards social locations like cafes, hotels and restaurants. Considering it has a $US10,000 price tag overseas, there won’t be too many regular blokes who will be willing to fork over the coin when it launches early next year.