The Mercedes-Benz Vision AVTR Is Inspired By The Greatest Movie Of All Time: James Cameron's Avatar

If And When The Avatar Sequels Drop, They Will Show Us New Aspects Of Pandora

Avatar, a movie that made an inordinate amount of money while also failing to become part of the larger cultural zeitgeist in a meaningful way, is slated to be followed up with too many sequels that no one aside from James Cameron asked for. While the public might have lost all interest in the franchise, Disney (which now owns the rights to it all) is still hellbent on trying to turn it into...a Thing™.

The Na'vi Of Avatar's Pandora Might Be Celebrating Christmas

It’s that special time of year when we all have a chance to look forward to all the shows set to return in the coming months, buzz around upcoming movies is reaching new levels of intensity, and for some reason, studios decide to try and work real-world Earth holiday traditions their decidedly non-Earth based fantasy worlds. Let’s get into some holiday spoilers, folks.

Why It's Taken So Long To Make The Avatar Sequels, According To James Cameron

Today, December 18, 2019, is the 10th anniversary of Avatar. You remember Avatar—the second highest-grossing movie in the history of movies, which the majority of filmgoers have long since forgotten about? Right, that one. The one with the blue people. Ten years have passed without a sequel, we’re still two years away from getting one, but in a new interview writer-director James Cameron has a very logical explanation.

A Look Inside The Gorgeous Artwork In Avatar: The Last Airbender's Stunning New Anniversary Collection

Next year sees the 15th anniversary of the beloved Avatar: The Last Airbender, one of the greatest animated shows of the 21st century, and Nickelodeon is celebrating in style with a new steelbook collection of the entire series. Said series is being wrapped in some truly beautiful new artwork—and Gizmodo has a new look.

Avatar 2 Is Done Filming, For This Year, That Is

How long have they been making Avatar 2? I feel like I have been hearing cryptic updates on this film for half of my mortal life, like whispers from seers about the return of King Arthur or something. And this time, it continues—but with pictures, for once! Or, well, a picture. 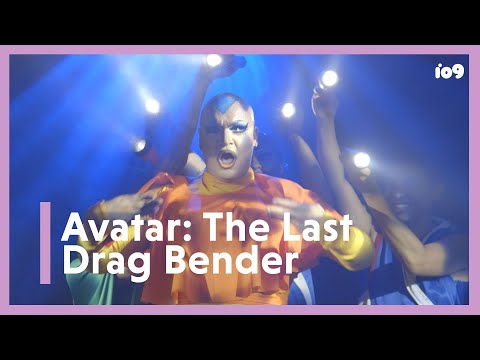 Imagine, if you will: all three seasons of Avatar: The Last Airbender, reenacted by a team of queer performers in 10 minutes. We saw this stunning mega-musical live at this year’s FlameCon and had to know more about the work behind it.

Avengers: Endgame, a movie about a bunch of beautiful superheroes being sad and breaking the timeline, is now the most financially successful movie of all time. It’s been a long road, but we have finally reached the endgame: and really, the winner all along has been Mickey Mouse.

It Turns Out Australia Is Getting The Avengers: Endgame Re-Release After All

As we reported on earlier, Avengers: Endgame will be getting a limited new theatre run with brand new footage to entice audiences back. For once, it turns out, Australia is not being forgotten. This weekend, Hoyts will host a range of limited screenings of the re-release.

There's not much new footage, but it’s probably going to be more than enough for Marvel Studios to swipe Avatar’s box office record.

Avengers: Endgame Is Returning To Theatres With New Footage - But We Probably Won't Get To See It

Updates From The Avatar Movies, Game Of Thrones, And More

They’re somehow still casting people in James Cameron’s Avatar saga. Get a look at a very sad Flex Mentallo in new Doom Patrol pictures. Bill Murray’s open to making a cameo in the new Ghostbusters. Plus, a creepy new clip from Brightburn, and the final two promo pictures for Game of Thrones. Spoilers, away!

Disney's New Release Schedule Has Me Thinking A Lot About Mortality

Today, Disney updated its list of scheduled movie releases, providing tantalising new details for fans of Earth’s preeminent sequel-making omnicorp — and forcing me to think farther into the future than I ever have before.

The Star Wars saga returns in 2022, and it’s sharing some time with Pandora.

These are the voyages of the Starship Na’vi. Star Trek: Discovery star Michelle Yeoh is trading in her Section 31 black badge (at least for the time being) for a lab coat, as the latest actor to climb aboard James Cameron’s Avatar sequels.

One of the reasons James Cameron cast Kate Winslet in at least one of his four upcoming Avatar sequels was the actress’ ability to hold her breath underwater for about seven minutes, the kind of talent he wanted all of the film’s actors to work on. How long do you think Vin Diesel can hold his breath?

Kids From 2009 Predict Jobs Of The Future

Video: Want to feel old? The year 2009 was 10 years ago. No, really. And if you want to feel really old, here’s a video where Year Four students explain what jobs they think will exist in the future.

Those Leaked Avatar Titles Are Not Yet Locked In, But Edie Falco Is

Sorry to any Seed Bearer fans out there. You may not be one with Ewya just yet.

Any day of the week it's easy to forget James Cameron has been working on four Avatar sequels for most of the past decade. Yes, that's right, four sequels. The first two are scheduled for release in December 2020 and 2021; if those are successful, two more will arrive in December 2024 and 2025.

A lot of us are still scratching our heads over Disney's decision to spend millions of dollars building Pandora — The World of Avatar in its Animal Kingdom park, especially with Star Wars Galaxy's Edge opening so soon. But at least the themed area, which is celebrating its one year anniversary, led to the creation of one of Disney's most advanced (and seriously impressive) audio-animatronic characters: the Shaman of Songs.

Sure, Avatar made $US2.78 billion ($3.6 billion) during its box office run almost a decade ago, but did anyone really walk out of the theatre wanting to visit James Cameron's Pandora? We still can't figure out why "The World of Avatar" was built at Walt Disney World, but now that the park has these towering mechs walking around, it might finally be worth visiting.