From The Missing Cryptoqueen to the Story Behind Theranos, Here Are 8 Podcasts About Fascinating Scams

Scams are in the zeitgeist right now, which means they’re popping up in podcasts all over the place, in shows from the biggest media companies to the tiniest of indies. From mysterious boys emerging from the wild to con a whole town in Chameleon: Wild Boys to an entrepreneur bilking investors out of millions of dollars for bunk science in The Drop Out, each of these true life tales is dripping with lies and deceit.

I’ve gathered recommendations for the best, most fascinating scam podcasts on the digital airwaves right now. Catch up, follow along, then pick your jaw off the floor as you learn the shocking ways some truly manipulative people were able to take advantage of the most vulnerable, robbing them of their money, friendship, and trust. These shows get into the nitty gritty of the criminal world and introduce you to the kings and queens of the con. 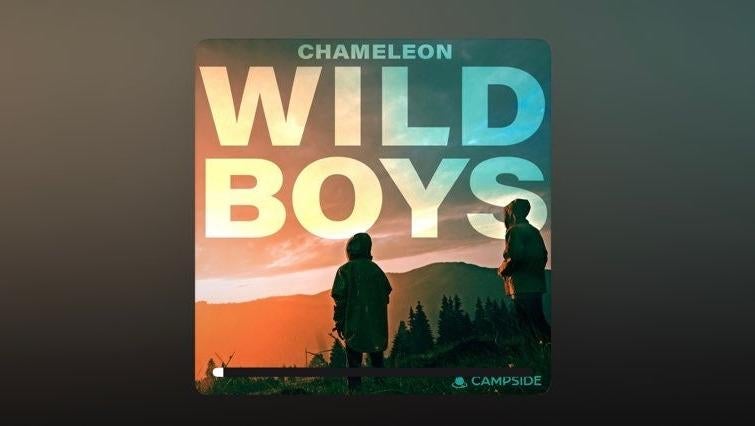 It’s the summer of 2003 in the small Canadian town of Vernon, and two teen boys emerge from the wilderness.They claimed to have been raised in the British Columbia wilderness and grown up without exposure to society — no TV, no school, no registered IDs. Journalist Sam Mullins grew up in Vernon and can remember the impact the boys made, and how the Vernon community embraced them with open arms, housing them, feeding them, and checking in on them.

But things weren’t adding up — one of the boys was extremely thin and would only eat fruit, and they both had huge gaps in their conflicting stories. Despite all the red flags, everyone was surprised to learn that nothing the wild boys said was true. Sam tells the story of the con that stunned Vernonites, who the wild boys really were, and why two young kids would go to such great lengths to run away to establish an incredible identity in another country. 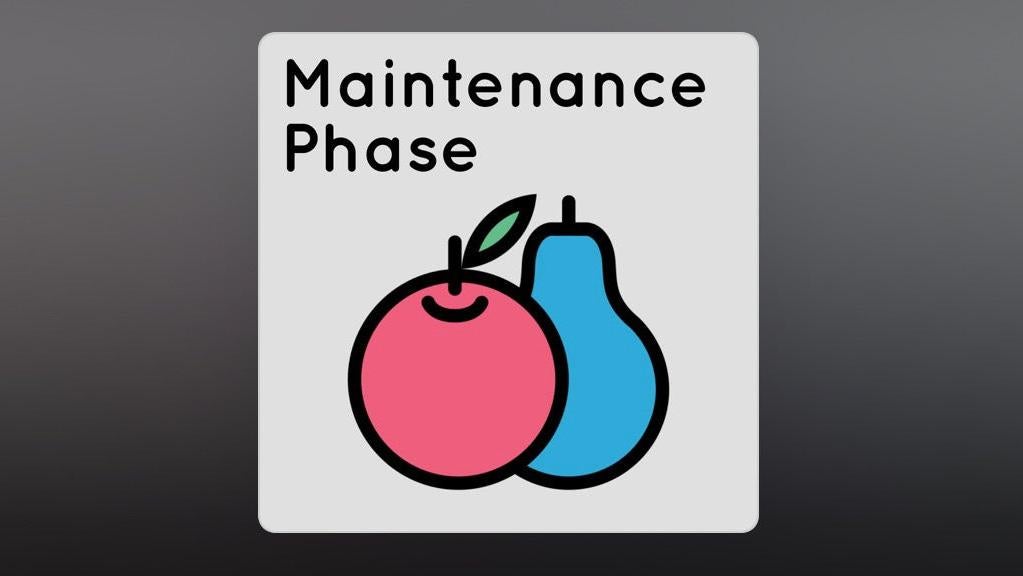 Maintenance Phase doesn’t appear, at first glance, to be a show about scams. In each episode, Aubrey Gordon and Michael Hobbes (formerly of You’re Wrong About) examine fads in the wellness and weight loss industry with a fine-toothed comb, and help us splice fact from fiction. The things they cover — fat camps, the BMI, Olestra, and the Keto Diet — do usually end up, upon closer inspection, to be riddled with scams, from the unethical way products are marketed to the bunk science used to support their claims.

Aubry and Michael deliver disturbing insight into the ways we’re all being tricked, but their spark and sense of humour makes the show a total blast to listen to. They are experts at getting angry — and it feels good to get angry along with them. 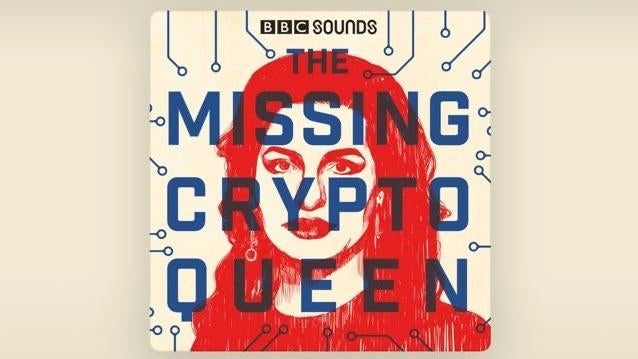 Crypto is mysterious, so it seems only natural that people have fallen prey to one crypto scam after another. The Missing Cryptoqueen tells a whopper of a crypto scam story, perhaps the biggest in the industry’s short history. In 2014, Bulgarian entrepreneur Dr. Ruja Ignatova launched a cryptocurrency that she hoped would out-do BitCoin, called OneCoin. She lured investors from 175 countries into cashing in on the order of a collective $US4 billion — and vanished.

Peeling back the curtain, Jamie Bartlett and Georgia Catt of BBC Sounds discover that OneCoin was a Ponzi scheme — there was no blockchain, no trading exchange, just a bunch of servers in Bulgaria. Ignatova disappeared in October 2017 with all of the loot, and hasn’t been seen since. On The Missing Cryptoqueen, Bartlett and Catt detail how she pulled off her con, and track their ongoing hunt to find her. 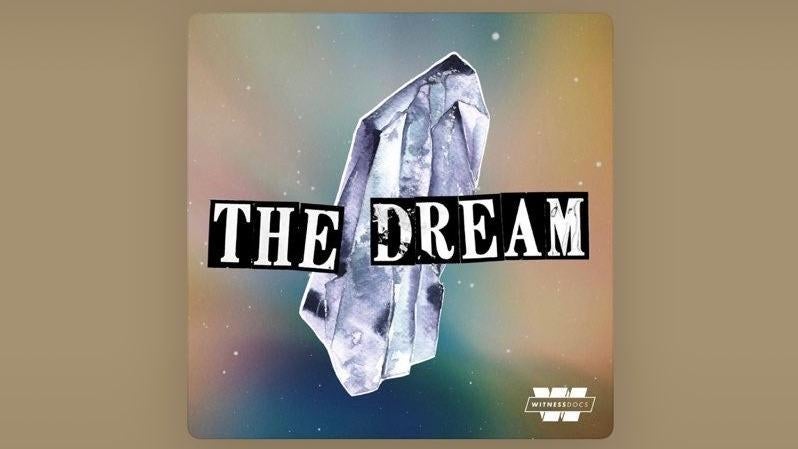 Season one of The Dream was about multilevel marketing schemes, but season two zooms into the world of wellness and the lofty promises made by some of the industry’s shadiest purveyors. Hairpin and This American Life alum Jane Marie, along with producer Dann Gallucci, challenge the ethics of crystals, vitamins, supplements, and more, separating fact from fiction in each episode. Anne Marie adds a personal touch to her research by including personal stories: of how her own childhood brain injury impacted her view on the wellness industry, of an aunt who has been hypnotized by a popular essential oil company, of a friend who is still trying to sell her Thirty-One bags.

Is the search for eternal happiness and health a futile one? And who wins and loses in the lies the wellness industry is spinning? 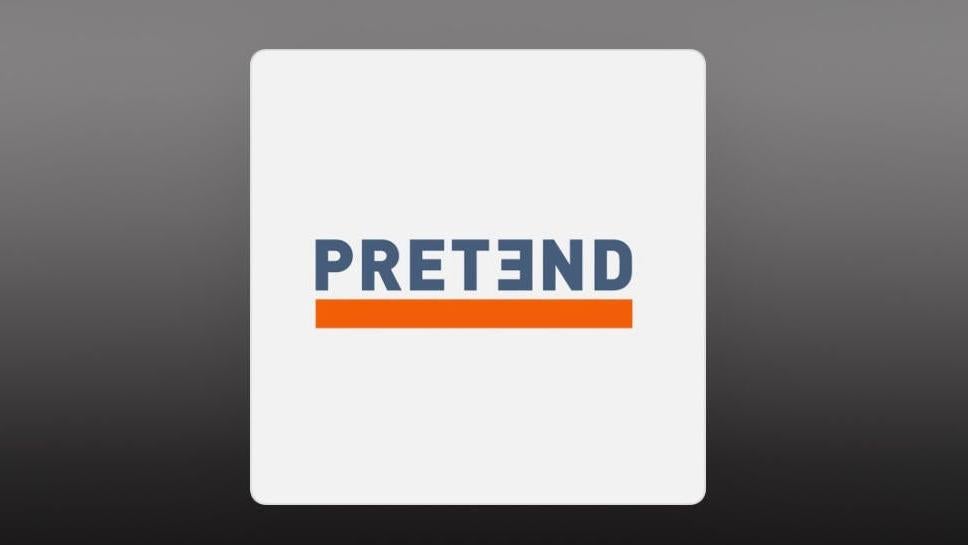 Have you heard the one about the woman who became entangled in a con with people who she thought were her cousins, but who all ended up being the same person — her catfishing friend? Or the one about the real-life Truman Show, which left one unsuspecting guy living a lie with a bunch of actors? What about the one about the prank caller who pretended to be a police officer and used his power to get fast food managers to strip-search female employees, forcing them to jog naked, do jumping jacks, and perform other humiliating acts?

These are the stories told on Pretend, as Javier Leiva interviews swindlers, snake oil salesmen, and cult leaders, and tells some of the most unbelievable stories that the other con podcasts aren’t talking about — often in great depth, with investigations spanning several episodes or a whole miniseries. 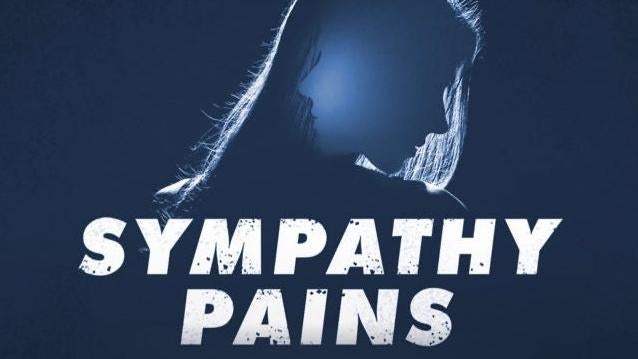 Sympathy Pains is a six-part medical con story hosted by Laura Beil (Dr. Death, Bad Batch) about a woman who faked multiple illnesses — from cancer, to muscular dystrophy, to Ebola — and created a tragic backstory about being the mum to a child who had died. But none of it was true. She didn’t just want her victims’ money, she wanted their friendship and sympathy, and became a master in targeting people who she knew would drop everything for her, even when her stories started to crack.

This is one of the most unusual con stories you’ll ever hear, and the best twist comes in the final episode. 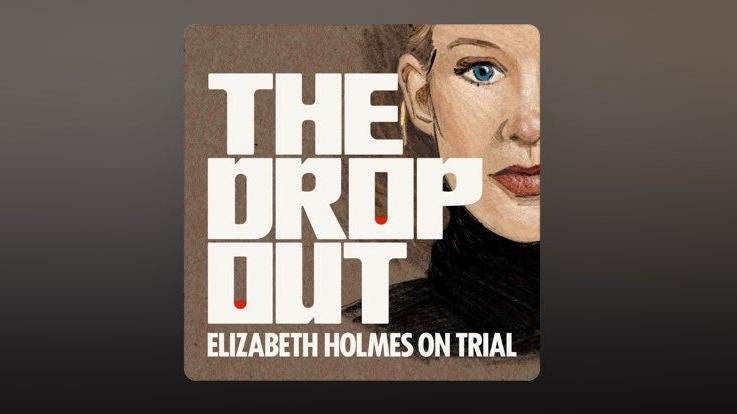 You’ve probably heard of the scheme perpetrated by Elizabeth Holmes (or watched the Hulu docudrama about it). She’s the modern day poster child of scam artists, pulling millions of dollars from investors for her health technology company that promised to have revolutionised blood testing, but was built on faulty science with zero valuation.

You could read the book or watch the show to understand Holmes’ life and her complicated con, but The Dropout, a podcast from ABC News’ Rebecca Jarvis, fleshes out the reporter’s multi-year investigation with never-before-aired deposition testimony from Holmes and those at the centre of the story, and includes exclusive interviews with former employees, investors, and patients. The story of how one alluring woman went from being called “The Next Steve Jobs” to finding herself facing criminal charges demands the kind of scrutiny this long form podcasts offers. 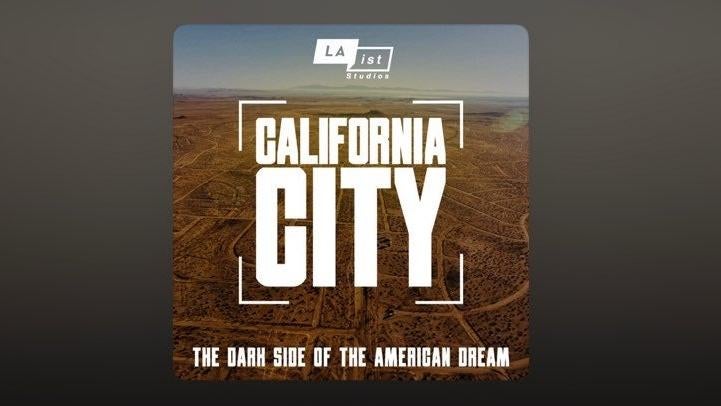 California City is located deep in the Mojave Desert, 161 km north of L.A., that once held the promise of the American dream — thousands were told that if they bought land there, they would certainly get rich one day. At least 73,000 hopeful people poured hundreds of millions of dollars into California City, only to find out too late that the land was worthless. They would spend years trying to get their money back.

In this series, Emily Guerin travels to California City with a mic and a mission to find the people responsible for the con, and winds up enmeshed in conversations with real estate developers trying to sweep the truth under the rug, and face to face with the people who share heartbreaking stories of giving everything they had, chasing a dream that would never be realised.