The LG Wing Is the Funnest Phone of 2020

The LG Wing Is the Funnest Phone of 2020

A look at the limited-edition copy of Dune. (Image: Folio Society)

This Limited-Edition Dune Novel Is Gorgeous and Flowing with Spice

This Limited-Edition Dune Novel Is Gorgeous and Flowing with Spice

We live in an age of super-smart technology built to make our lives easier, so donâ€™t struggle with the menial chores of the day when your phone could be doing the job for you. Here are some of the best automations you can set up on your phone, freeing you from the task and giving you more time to do something else more interesting instead. 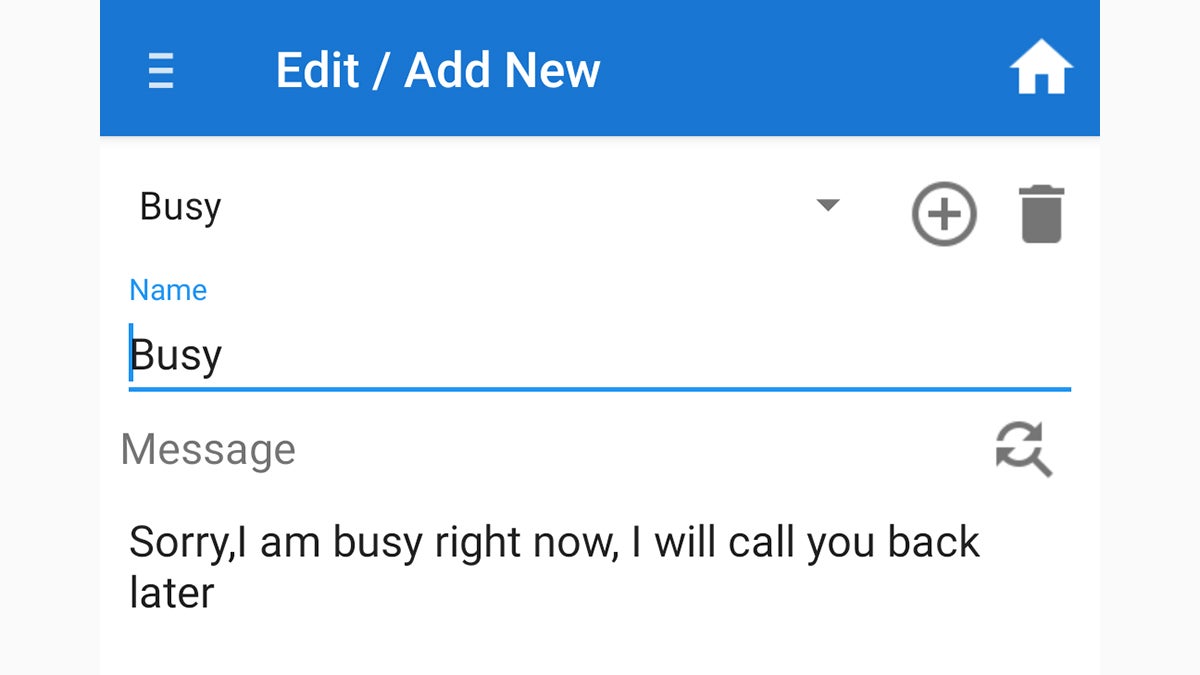 Whether youâ€™re hitting the road or just find replying to your friends too much effort, you can save your fingers a little bit of typing by automating your text messages â€” or at least the SMS replies you need to send out. 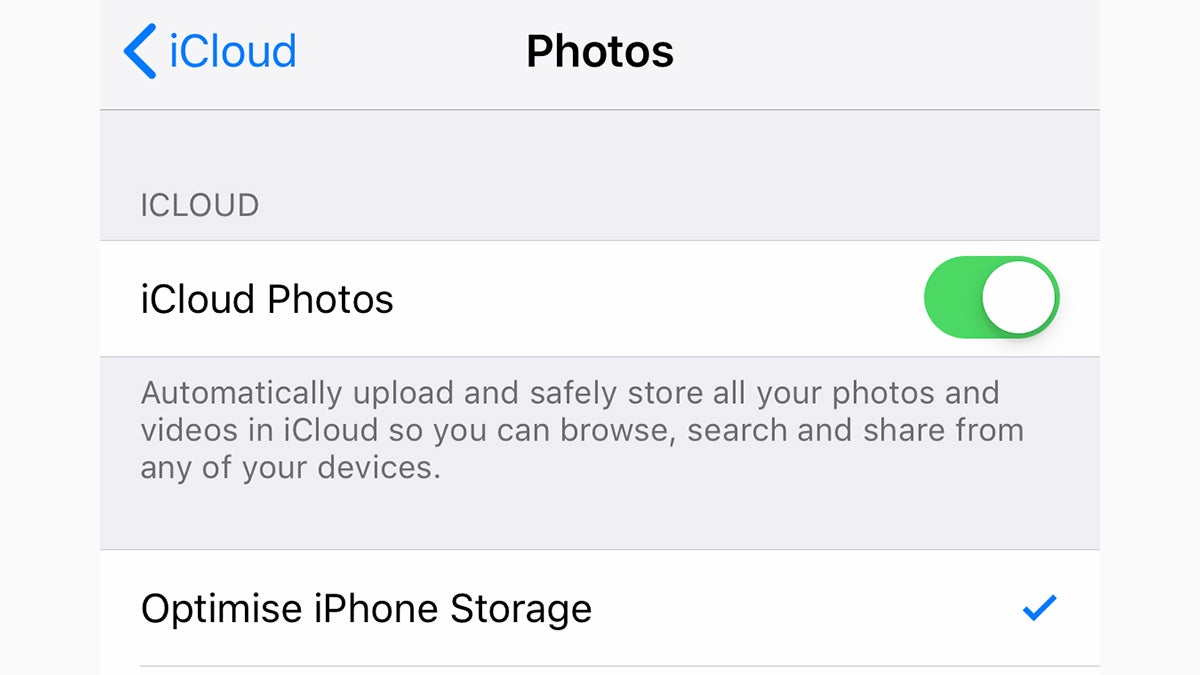 Backing up your photos and videos is an essential job to get done if you want your precious digital memories to last even if your phone gets lost or destroyed, and thankfully itâ€™s now easier than everâ€”it doesnâ€™t take long to set up your phone to be beaming pictures and videos back to the cloud whenever youâ€™re on a Wi-Fi network.

Google Photos is available on Android and iOS: You get 15GB free (across all Google services), with more costing from $3 a month. If you donâ€™t mind your photos being resized down to 16MP and your videos down to 1080p, or you own a Pixel phone, you can have unlimited storage for free. Install the app then check Settings then Backup & sync to make sure everything is being copied to the cloud.

Appleâ€™s option is iCloud Photo Library, which gives you 5GB of space in the cloud for free and charges you $1 a month and up for more. From Settings on your iOS device, tap your Apple ID name, then iCloud, then Photos to turn automatic backups on. Youâ€™ve got several other options here too, including Dropbox and OneDrive. 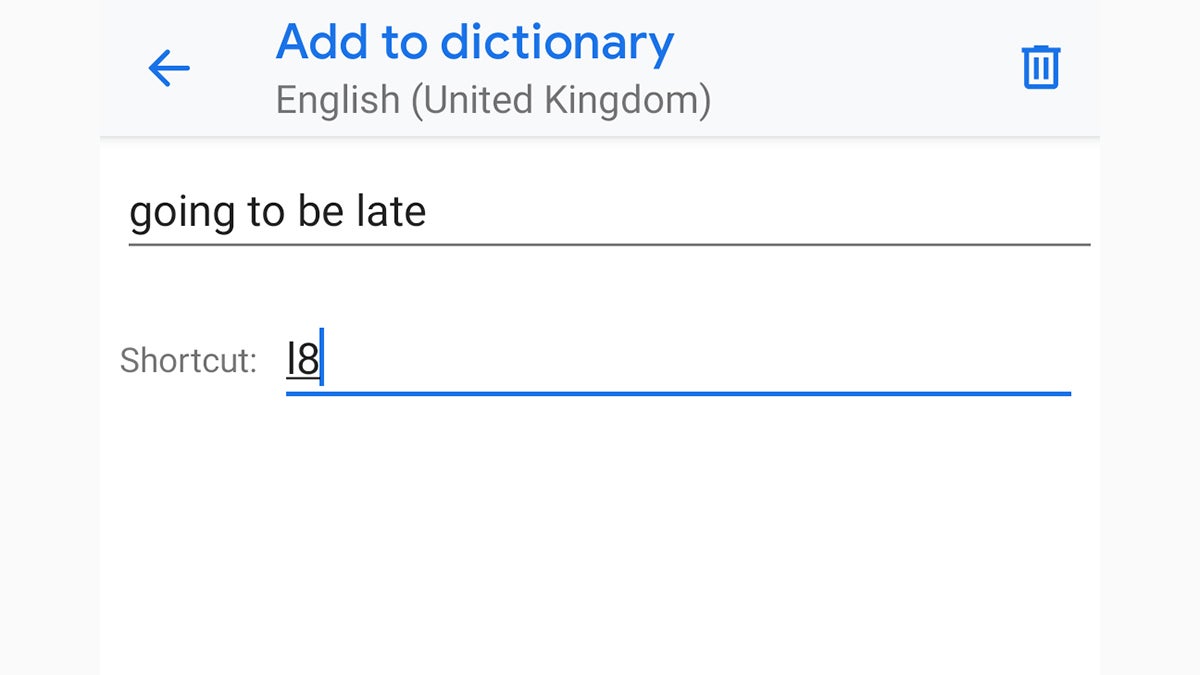 You might be surprised at how much time typing takes up in your day. Set up automations for your phoneâ€™s keyboard and you can type out phrases you use a lotâ€”like your home address or apologies for running lateâ€”with just a few characters.

On iOS, what you need to do is open up Settings then choose General, Keyboard, and Text Replacement. The screen that then appears before you lets you add new keyboard macros (two examples are included for you)â€”tap the Plus icon then enter a phrase and a shortcut. Use the shortcut when typing, and the phrase appears as an option in the predictive text list.

For those of you on Android, head to Settings then choose System, Languages & input, Virtual keyboard, Gboard, Dictionary, and finally Personal dictionary. Select your language then the Plus button to add a phrase and a shortcut. The next time youâ€™re typing, tap out the shortcut then tap the phrase. 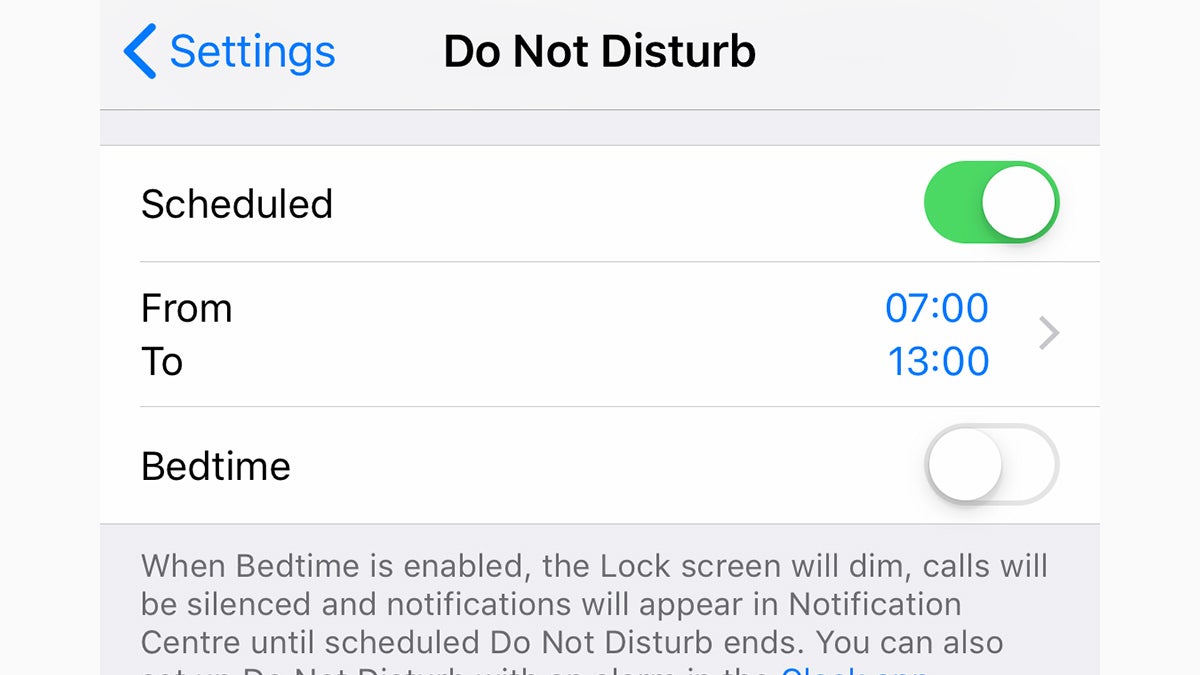 The problem with trying to remember to put your phone into quiet mode is that you inevitably forget more often than not, which leads to your smartphoneâ€™s embarrassing ringtone cutting through the silence at your next office meeting or church service. Itâ€™s a far better idea to let your phone organise this on a schedule.

On iOS, you can open up Settings then pick Do Not Disturb and Scheduled to set your quiet timesâ€”unfortunately you can only set up one block of time per day here. If you long-press on the Do Not Disturb button in Control Center, you can also set the quiet mode to last for an hour, until the evening, or until you leave your current location.

On Android, choose Sound then Do not disturb from Settings. Pick Turn on automatically to set the times when Do Not Disturb is activated without any manual input from youâ€”you can set these periods based on times in the day or events in your Google Calendar, and pick multiple blocks in every 24 hours if needed. 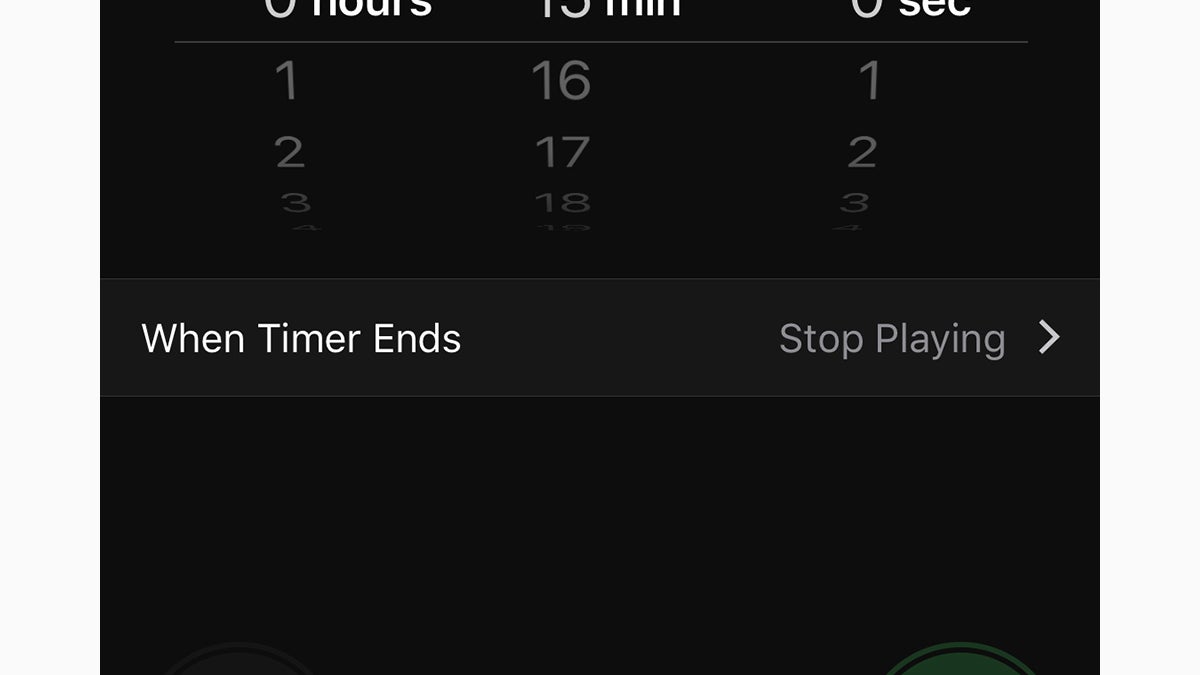 If you like to drift off to sleep to some tunes or a couple of podcasts then you can have your phone automatically stop playback after a certain amount of time has elapsed. Some apps, like the podcast player Pocket Casts, already have a sleep timer built in (although Spotify doesnâ€™t, as yet…).

If youâ€™re using an iOS device you can get the Clock app to do the job. Switch to the Timer tab, select your desired duration, and then tap When Timer Endsâ€”choose Stop Playing from the bottom of the list, and when the timer runs out, any audio that was playing on your phone is silenced.

Itâ€™s a shame that Androidâ€™s default Clock app doesnâ€™t have the same function, but you can plug the gap with a third-party app. Thereâ€™s a decent number of sleep timer apps to pick from on the Google Play Store, so have a browse and see which one you like best, but we appreciate the simplicity and efficiency of Sleep Timer. 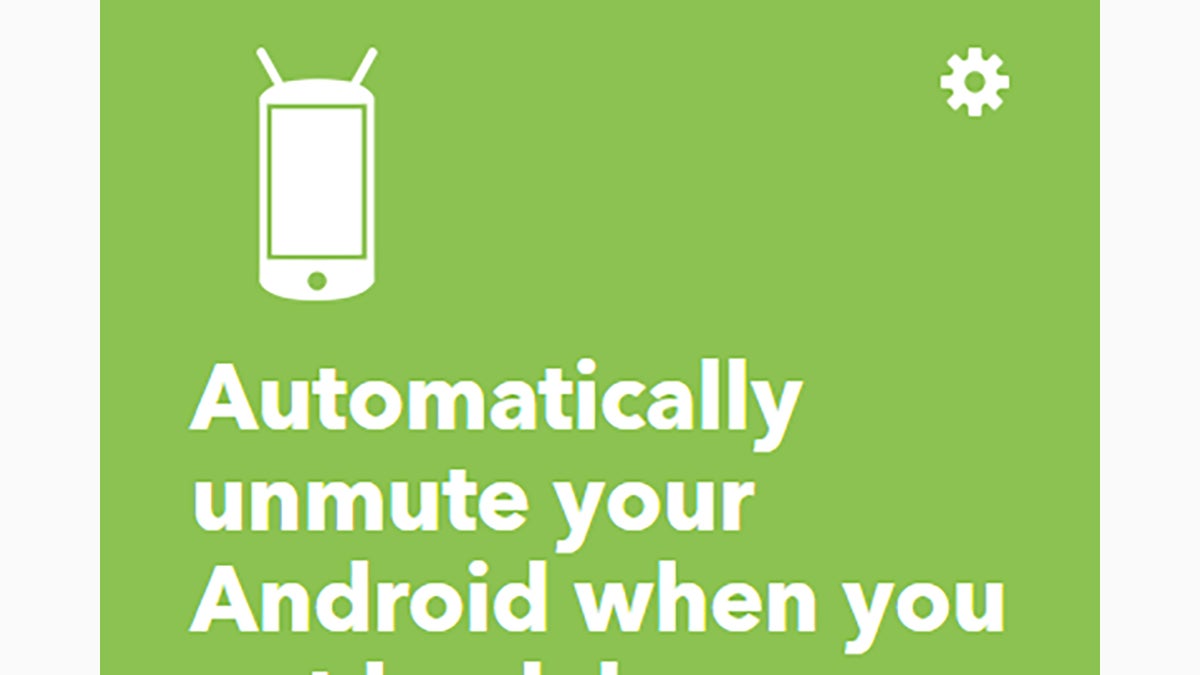 If youâ€™re on Android, you can make use of IFTTT (If This Then That) to perform all kinds of automated tricks based on phone events or your phoneâ€™s location. The service connects all kinds of apps and platforms together, and is free to use.

Thatâ€™s just a taste of what IFTTT can do: It lets you log notifications or texts in a spreadsheet, turn on your smart lights at the same time as your alarm, automatically display directions to an event in your calendar, start playing music when a Bluetooth device is detected, post to social media, and much more.

Tell others when youâ€™ll be home 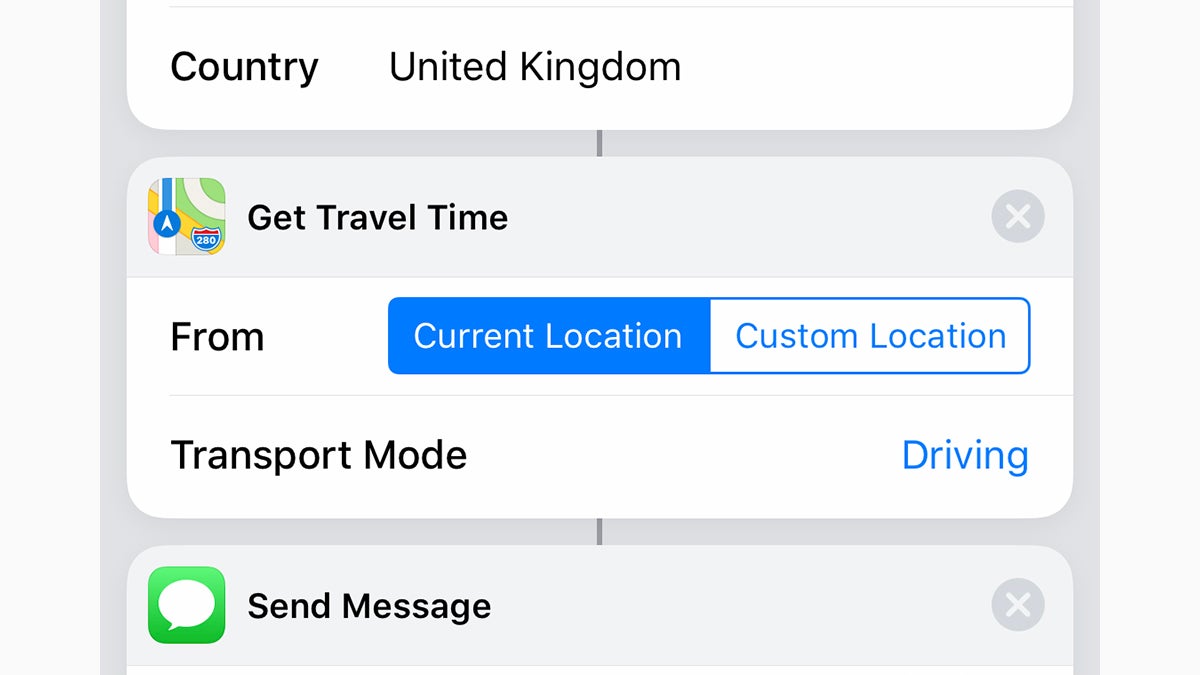 Get Shortcuts by Apple (formerly Workflow) installed on your iOS device and you can automate a bunch of tasksâ€”or, more specifically, combine a host of actions that get carried out with a single tap or Siri command.

In this particular case weâ€™re highlighting the shortcut that lets you share your estimated time of arrival with someone else. The steps to add are, from the top, Street Address (enter your home address here), Get Travel Time, and Send Messageâ€”in the last block tap the Travel Time button to insert your ETA into the text. Pick contacts for the Recipients field and youâ€™re done.

Tap the Gallery button in Shortcuts to see some of the other ways the app can automate your life: You can tweet out the song youâ€™re listening to, build grids of Instagram photos, send the contents of the clipboard to Dropbox, turn Live Photos into GIFs, browse the latest news stories, and so on and so on. 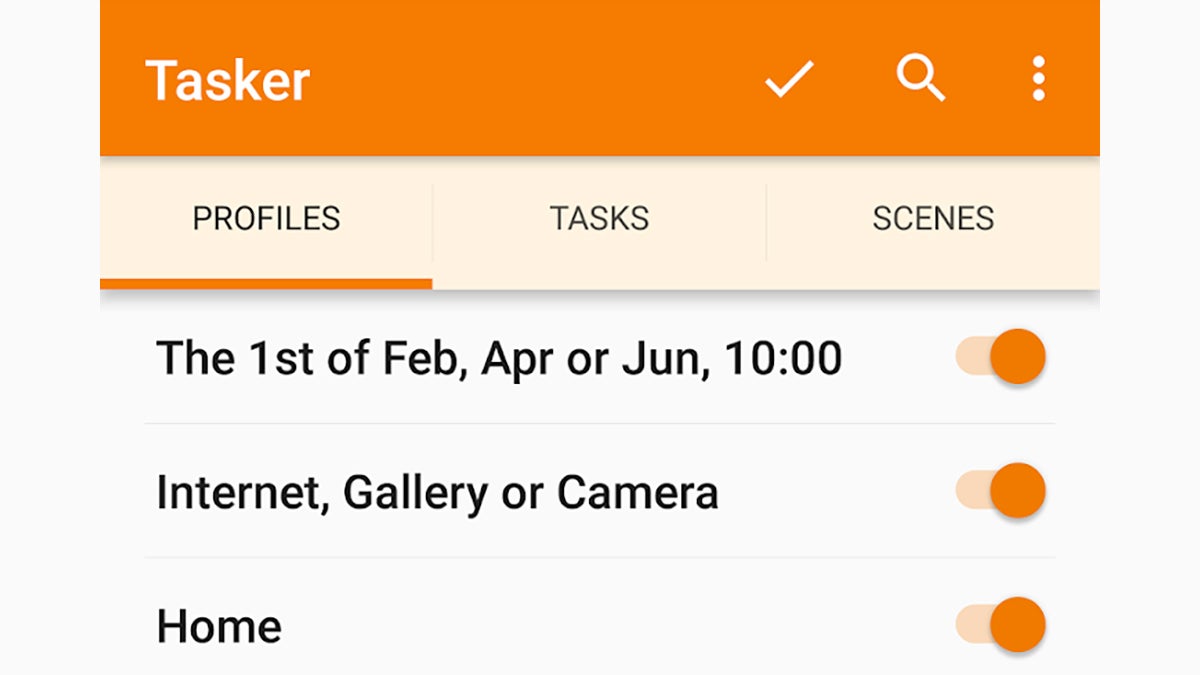 If youâ€™re really serious about this automation business, and you own an Android phone (iOS doesnâ€™t really offer the necessary deep hooks for third-party apps), then Tasker has been the gold standard for automation apps for a long time now. Itâ€™s not the easiest app to use (though itâ€™s improving), but you canâ€™t argue with its capabilities.

You can automatically check into Foursquare when you arrive somewhere, for instance, or automatically text your Wi-Fi code to any incoming SMS with the word â€œWi-Fiâ€ in it. Check out the official projects list for more examples of what Tasker can do.