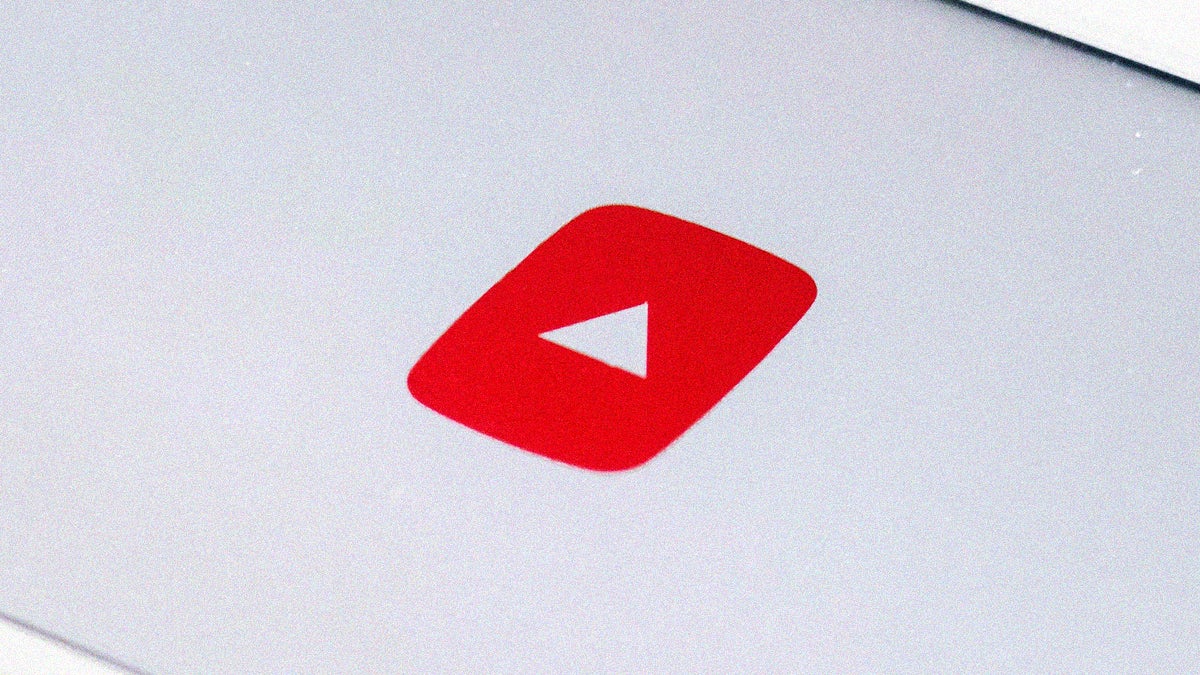 Who has the time to watch and listen to everything out there, right? Netflix has riled up movie makers by testing out variable speed settings in its Android app so you can speed up the movie to get through it faster. For the time being, it’s only a limited test, but you’ve got a host of other ways to get through your movies and your podcasts more quickly.


Admittedly watching Stranger Things at twice the speed takes some of the fun out of it, but what about 1.1x, in certain situations? You’ve got a plane to catch maybe: You could get through three half-hour episodes of a show in a touch over 80 minutes, which gives you some extra time to pack for the trip.

With podcasts and audiobooks you can go even faster, because you’re trying to cram the words into your brain, without having to worry too much about artistic or aesthetic intent. If you decide you want to live the variable speed life, these are the tools you need.

YouTube is the obvious place to start: If you’re watching a video on the web, click the little cog icon in the bottom right-hand corner, then choose Playback speed. You can slow down to a quarter speed, or speed up playback to twice as fast as normal—so you can watch twice as many videos in the same amount of time.

The same option is available in the YouTube apps for Android and iOS too. Tap on the video as it plays, then the three dots in the top right corner, to find the playback speed options. 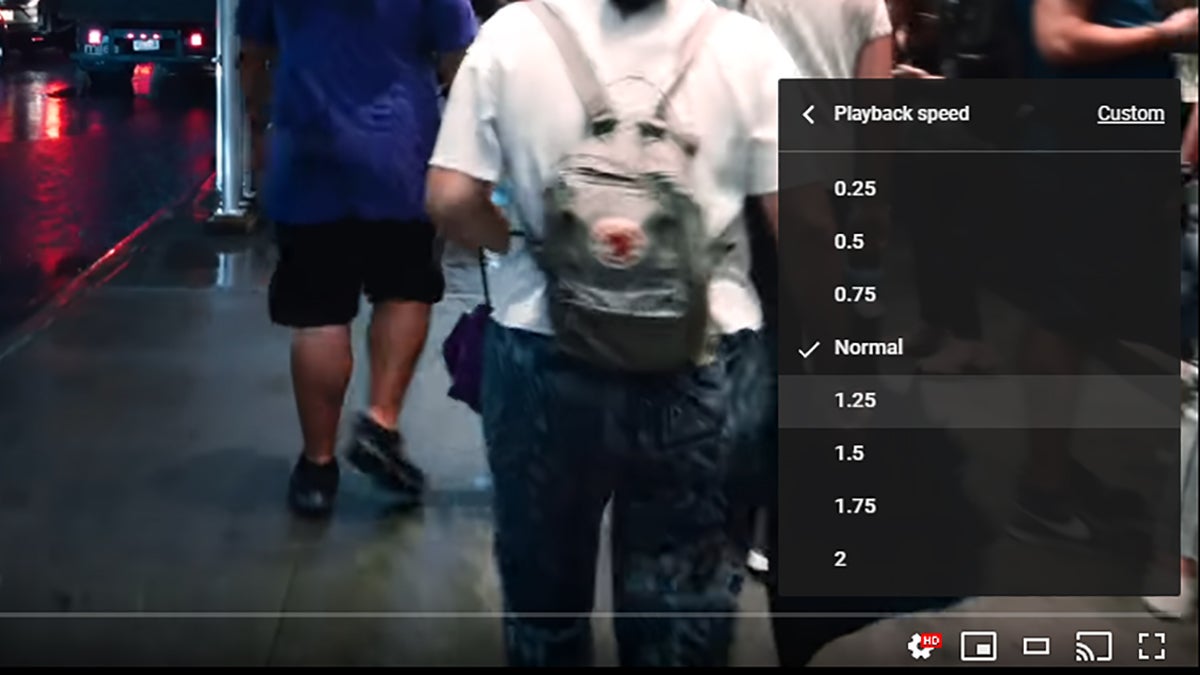 When it comes to Netflix, if you don’t want to wait around for the Android trial to roll out to everyone, you can change the playback speed of your movies and shows on the web. You need a browser extension called Super Netflix: When you hover over the Netflix window, you’ll see a playback speed icon at the top, which leads to a slider that lets you watch content up to 4x faster.

Super Netflix is only available on Chrome, but there are plenty of other options out there for controlling the playback speed of HTML5 video inside a browser (as on Netflix): Video Speed Controller, for example, which is available for both Chrome and Firefox.

On mobile, you’re more dependent on what individual apps allow you to do. You can’t slow down or speed up video in the TV app for iOS, for example, or in the Google Play Movies & TV apps (here’s a tip—watch your Google purchases in the YouTube app instead, via Library and Purchased). 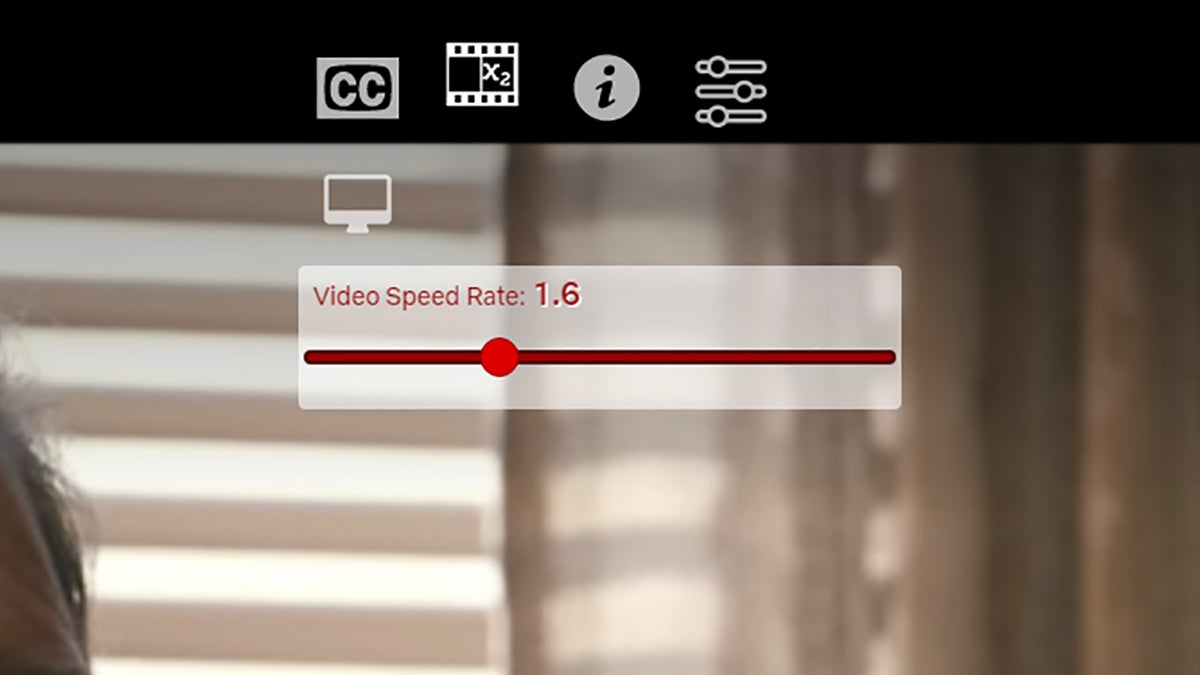 For playing personal videos, VLC Media Player for Windows, macOS, Android, and iOS is probably your best bet: It allows for variable playback on all those platforms. On Android, for example, tap on the playback window, tap the three dots, then choose Playback speed (you can go all the way up to 4x faster if you’re in a real rush).

A variable playback speed feature is included in QuickTime on macOS as well, though it’s not made all that obvious: Hold down the Option key, then click the rewind or fast forward buttons to adjust the playback speed in 0.1x increments.

In Pocket Casts for Android and iOS, for instance, tap the speed dial icon at the bottom of the now playing screen, then choose your speed via the top option—you can go all the way up to 3x playback speed, though the audio gets pretty unlistenable at that speed. 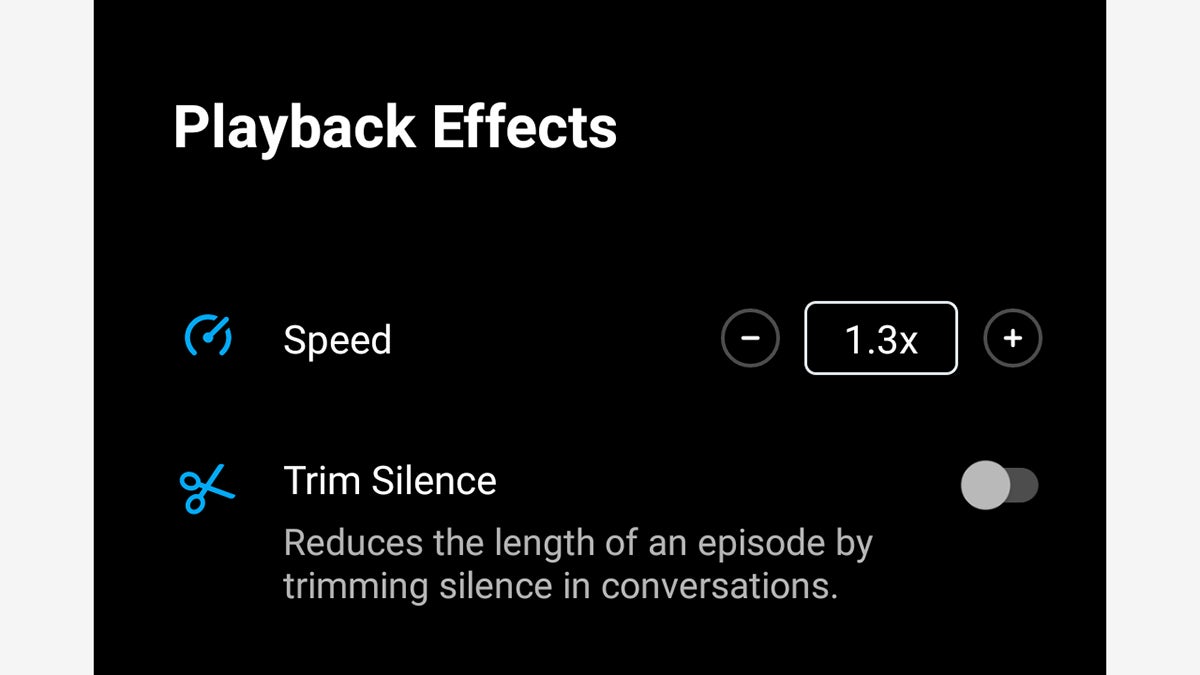 In other words, if you listen to podcasts on your phone, then you should find it has a playback speed option displayed somewhere fairly prominently—and if it doesn’t, consider trying out a different podcast player.

You can change the speed in the Spotify apps for Android and iOS too, but only when you’re listening to podcasts: Just tap the 1x icon down in the lower left-hand corner of the now playing screen to ramp up the speed as high as three times faster.

Speeding up your music is likely to ruin it, which is why Spotify and the other major music-playing apps don’t include the option to vary the speed. You can always use something like VLC Media Player if you want to import a local file and see what it sounds like sped up. Spotify Playback Speed Access is a cool Chrome extension that’ll do the same job on the Spotify web player. 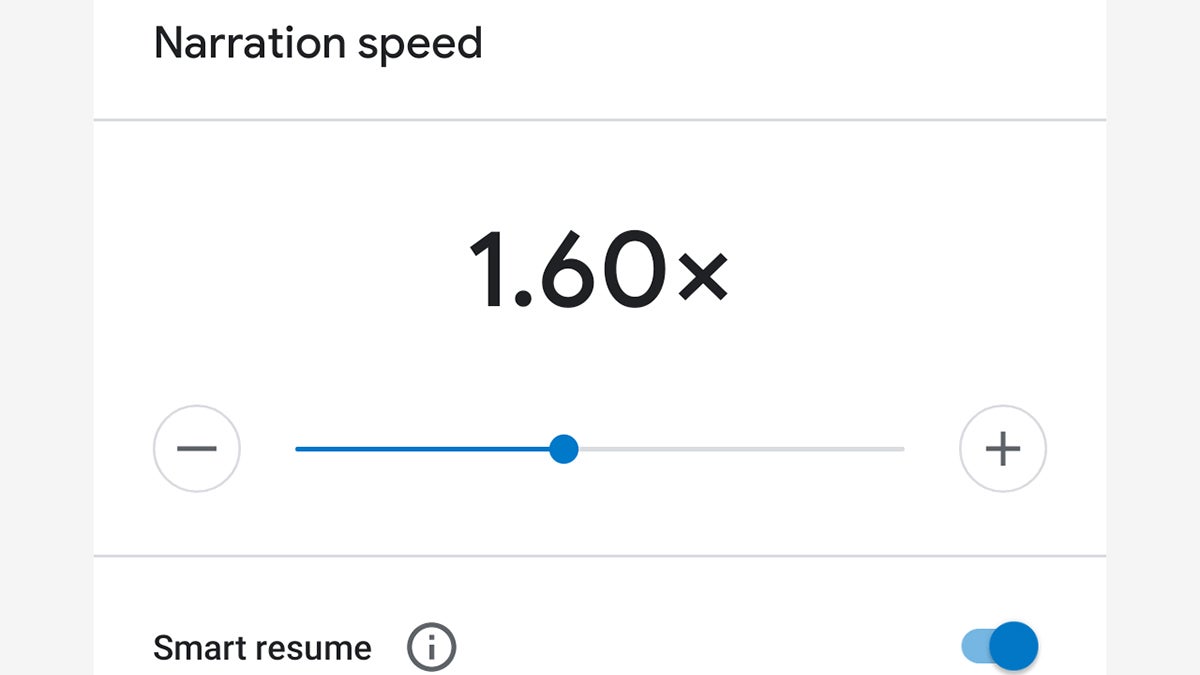 It’s the same with audiobook apps: Google Play Books for Android and iOS, Books on iOS, and Audible for Android and iOS all let you vary the playback speed from the main playback screen. It’s become a standard feature to help you rush through fiction and non-fiction faster than the authors might have intended.

That should give you some pointers for changing speeds, no matter what you’re trying to listen to, or what platform you’re using. Just remember to use all that extra free time wisely (maybe by cramming in another podcast).

This article was originally published 8/11/19.