20 Years Ago, Microsoft Changed How We Mouse Forever 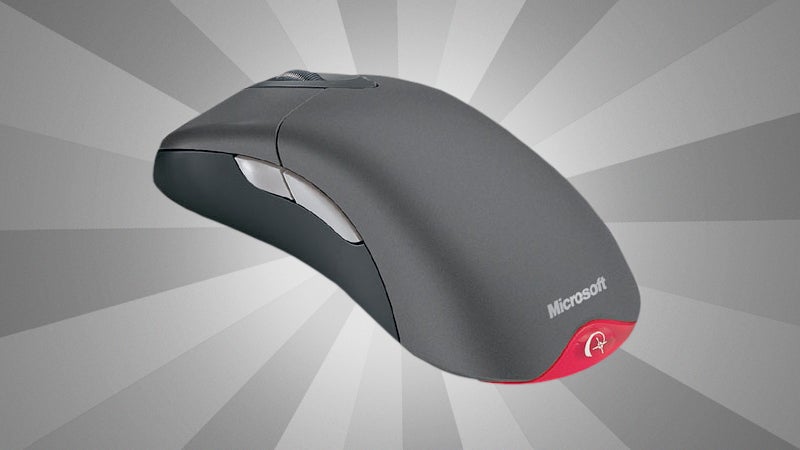 Twenty years ago, in April 1999, Microsoft introduced an update to its IntelliMouse line of input devices. On top it didn’t look much different than its predecessors—it still had a few buttons and a scroll wheel—but underneath it introduced a technology to the masses that brought an end to the prehistoric days of cleaning dirt and grime out of computer mice.

I was a third-year college student at that point, and my digital media program had me spending endless hours in Photoshop, version 5.5, purchased with a much-welcomed student discount. My classes weren’t textbook dependent, which left money for pricey photo-editing software, and a desktop workstation that while powerful at the time, would be laughable today (16MB of RAM baby!). What wasn’t in the budget was a fancy Wacom tablet, which was still primarily targeted at professionals with budgets that could afford such luxuries. I was stuck using a mouse, which at the time relied on an archaic rubber-coated metal ball to translate my hand motions to the cursor on the screen.

If you did any pixel pushing two decades ago, you can probably already relate to this wound I’m opening. My mouse worked as designed, but the downside of that heavy ball dragging around is that it picked up dirt, which accumulated inside the device, gumming up the sensors and quickly causing the hardware—and my cursor—to behave erratically. It frustrated me to no end.

I would find myself having to clean it every 15 minutes while working late into the night on a project, and even scrubbing my desk clean, or swapping out mouse pads every few days failed to alleviate the problem. The subtle mouse movements required for detailed Photoshop work didn’t register, and on more than one occasion, I will admit to repeatedly slamming the mouse down on my desk in frustration. (That always fixes tech issues, right?)

All that changed on April 14, 1999, when at the COMDEX expo in Las Vegas, a now-defunct trade show similar to today’s CES, Microsoft announced its IntelliMouse Explorer: a mouse that traded the dirt sucking rolling ball for LEDs and a digital camera that could optically track the mouse’s movements with extreme precision.

I don’t remember where I first heard about the IntelliMouse Explorer—there’s a good chance it popped up in an issue of Popular Science at the time—but when it was released a few months later in October, I was one of the first in line to get one. At $US75 ($107), and well over $US100 ($142) in Canada, it was extremely expensive for a computer mouse, but at that point, I would have given up a kidney for the upgrade.

Microsoft was far from the first company to incorporate optical tracking into a mouse. The approach dates back as far as 1980 when a pair of inventors came up with two different approaches to tracking mouse movements through imaging. The technology first became commercially available with the Xerox STAR office computer in 1981, but with a $US16,500 ($23,444) price tag—the equivalent of over $US45,000 ($63,939) today—it was a business-only machine. Decades later, companies like Sun Microsystems included laser-powered mice with its equally pricey servers and workstations, but special reflective mouse pads were often required to use them. The average consumer doesn’t want to have to jump through those hoops.

Based on technology developed by Hewlett-Packard, Microsoft’s IntelliMouse Explorer arrived with a price tag that could be justified by even cash-strapped students like me. Even better, the underside of the mouse was completely sealed, preventing even the tiniest speck of dirt from penetrating its insides, and it improved on its predecessors by working on almost any surface that wasn’t too reflective. I remember getting back to my dorm room and plugging in the Explorer for the first time, wondering who had a rig fancy enough to use the included PS2 to USB adaptor. There were undoubtedly a few driver installation hiccups along the way, but once Windows 98 was happy, I fired up Photoshop and strapped in for the smoothest mouse experience I’d ever had. Problem solved.

In addition to that game-changing optical sensor, the IntelliMouse Explorer also introduced a couple of extra programmable buttons which seemed unnecessary to me at first, but it soon became an indispensable way to browse the web, letting me quickly jump forward and back between sites. (Tabs hadn’t been invented yet.) It didn’t take long for Microsoft’s competitors to follow with optical mice of their own. Apple’s arrived the year after in 2000, and in 2004, Logitech introduced a mouse powered by lasers. Extra buttons—lots of them—would eventually become the industry norm, and companies would soon find themselves competing with each other to see who could introduce the most accurate optical tracking technology to appeal to picky PC gamers.

I can count on my fingers the number of times a technology has thoroughly improved my life—more often than not they tend to complicate things as well. (I’m looking at you, iPhone.) But 20 years later, the IntelliMouse Explorer is an upgrade that changed everything without any downside.