When the new XPS 15 review arrived at my home, I thought there was a mistake. The box just didn’t seem big enough to hold a 15-inch laptop, or at least not one the size of last year’s model. And while I wasn’t quite right about getting the wrong device, I had good reason for being a bit confused. Despite sporting a familiar design, the new XPS 15 9570 is an entirely different beast. And if Dell’s goal for the XPS 15’s first revamp in four years was to retain the best qualities of the XPS line while improving its performance, portability, and overall usability, I think Dell nailed it.

Starting with its design, it feels like while many of us have been enduring The Quarantine by drowning our sorrows with sweets and delicious homemade bread, the XPS 15 was working out, cutting weight, and dropping inches off its waistline. Everything from its hinge to its lid and chamfered aluminium sides are now sharper and more defined. But even more importantly, the new XPS 15 is 8% thinner, half an inch narrower, and more than two-thirds of an inch shallower from front to back (13.57 x 9.06 x 0.71 inches and 2 kg). While that might not sound like a ton, but in practice it makes the XPS 15 feel sleek and svelte unlike ever before. 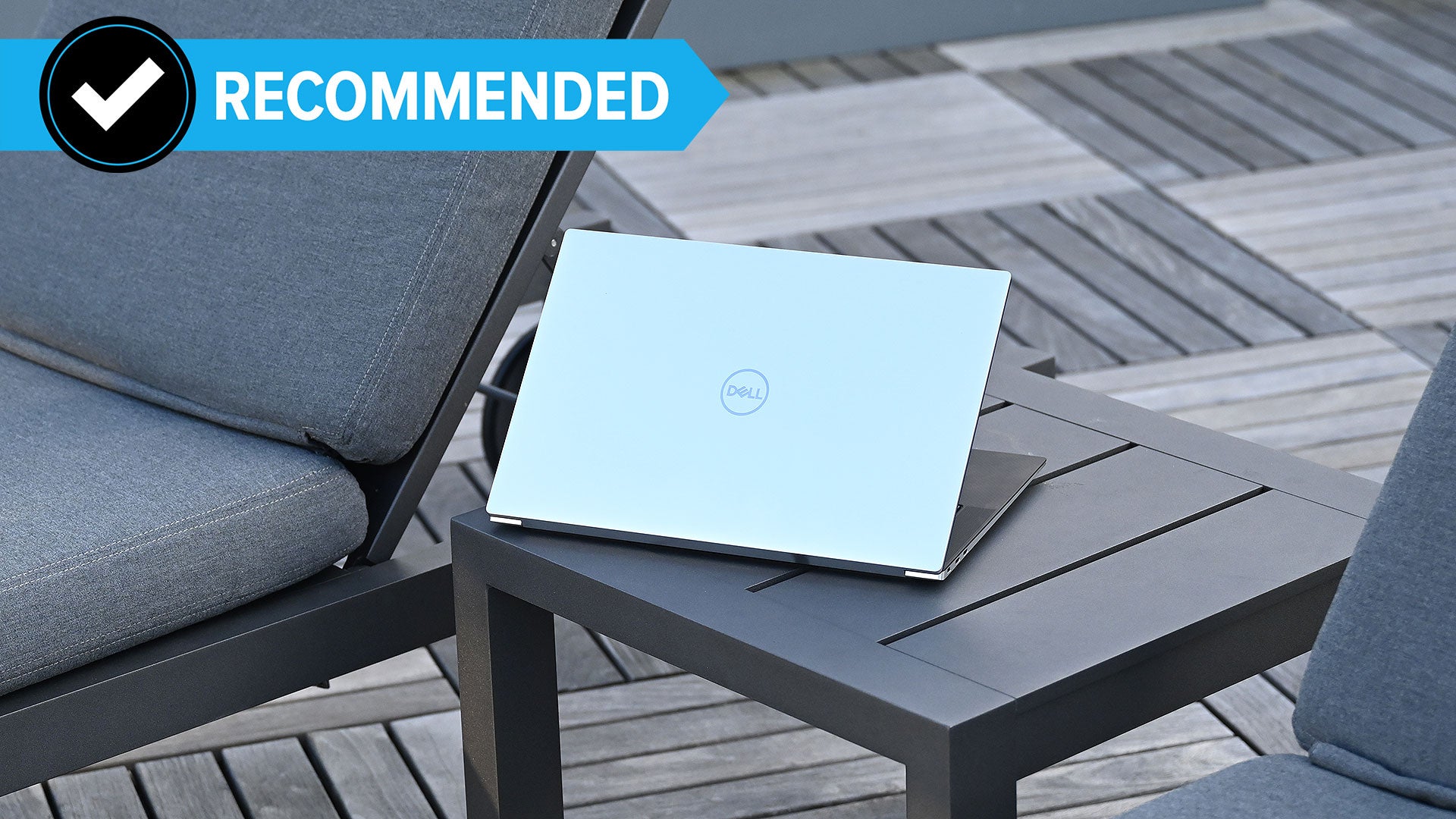 Would like one more USB-C port, fancier display options are somewhat pricey, no AMD CPU options, no RTX GPU options

Dell even tweaked a few things that might otherwise have been overlooked, like replacing the plastic bottom panel on the previous model with a new brushed aluminium panel, which not only increases the system’s durability, it also results in better airflow and cooling, which was sometimes an issue on the old XPS 15. And even with the XPS 15’s smaller exterior dimensions, its excellent keyboard has larger key caps and an absolutely massive (but still quite accurate) touchpad that’s more than 60 per cent larger than before.

Dell didn’t stop there though, because by significantly reducing the size of the big chin below the previous XPS 15’s screen, the new 2020 XPS 15 packs a slightly larger 15-inch 16:10 display into less space, resulting in a screen-to-body ratio just shy of 93%. At this point, there’s practically no fat left on the XPS 15 to cut. But the good stuff doesn’t stop there because Dell also moved the new XPS 15’s stereo speakers to either side of the keyboard, allowing for top-mounted speakers that project sound at your face, instead of bouncing it off a table or your lap, the latter of which is never an ideal experience.

Editor’s Note: The base model does not appear to be available in Australia. Dell’s website lists the $3,399 review unit as its lowest priced model.

On our $3,399 review unit, we got a 4K LCD touchscreen which would be a solid choice for people like video editors. When I measured the screen with a lightmeter, with a max brightness of 497 nits, the XPS 15 easily lived up to Dell’s 500 nit claims, while a colour gamut that covers 100% of the Adobe RGB (or 94 per cent of DCI-P3) delivered rich, vibrant colours that never failed to impress.

But the biggest change on the new XPS 15 is the removal of USB Type-A ports and Dell’s old-school barrel-style power adaptor. Instead, on the right side of the system you get a lone USB-C 3.1 next to the 3.5mm audio jack and the new full-size SD card reader, along with two USB-C ports with support for Thunderbolt 3 on the left. And because there isn’t a dedicated power port anymore, all three USB-C ports can be used for recharging (and video out). It’s a pretty adaptable selection of ports, though I do sort of wish that like on the MacBook Pro 16, Dell offered a total of four USB-C ports instead of just three, as you often need to reserve one port for charging. That said, unlike Apple, Dell does include a free USB-C to USB-A/HDMI dongle in the box.

I really appreciate how Dell moved the XPS 15's to the top of the system.

Meanwhile, when it comes to graphics performance, the XPS 15 is simply good, not great. Unlike the larger XPS 17 which can be equipped with up to an Nvidia RTX 2060 GPU, the XPS 15 caps out with a GTX 1650 Ti graphics card with 4GB of VRAM. So while the XPS 15 still has more than enough oomph for video editing or playing games, you’re going to have to tweak graphics settings a bit depending on whatever you’re playing — especially if you opt for a 4K display.

In Shadow of the Tomb Raider at 4K on high settings, the XPS 15 only managed to hit 16 frames per second, which forced me to lower the resolution to 1920 x 1200 so I could get a much more playable 53 frames per second. And it was a similar story in Far Cry 5, where at 4K resolution and ultra settings, the XPS 15 topped out at 16 fps, but when I moved down to full HD, fps numbers shot up to 54 fps. So in general, the XPS 15 is a passable gaming machine at full HD but not 4K, which for most people is more than enough.

Dell has even improved the XPS 15’s battery life, with the new model lasting 8 hours and 28 minutes on our video rundown test versus 7 hours and 22 minutes on last year’s system, an improvement of more than an hour. That’s pretty solid, though you should know that the size of the XPS 15’s battery depends on which graphics options you choose, as systems with integrated graphics get a 56 WHr battery, while more power hungry XPS 15s with discrete GPUs get a slightly heavier 86 WHr battery.

As for the XPS 15’s downsides, I almost wish there was more to complain about because I don’t want Dell to rest on its laurels. Under full load, the XPS 15’s fans can get a bit loud, and if you happen to be wearing shorts, the bottom might get a bit too warm for comfort. But compared to last year’s XPS 15, the new model has much better thermals and can perform more tasks without ever needing to spin up its fans. I would have also liked to see some AMD CPU options alongside a range of 10th-gen Intel chips, and while I wish Dell was able to shoehorn Nvidia 20-series GPU in here as well, considering the increased heat and power draw that would create, I can understand why it didn’t.

Still, those cons are just minor nitpicks in what is otherwise one of the best thin-and-light laptops on the market. On the new XPS 15, Dell managed to preserve its signature styling and identity while improving nearly every aspect of the machine. Its display is bigger and brighter while taking up less space than before, its chassis is thinner and more portable, and even with the XPS 15’s performance having gotten a boost, its battery life has gotten a significant bump up too.

Sure, bigger laptops might be able to crank out more frames per second while gaming and a smaller 13-inch notebook might make more sense for people constantly on the move. But if I could only choose one laptop to handle all of my work, entertainment, and general everyday needs, there are few systems I’d rather have than the XPS 15.