Boba Fett and Darth Vader, rocking some helmets in The Empire Strikes Back. (Photo: Lucasfilm)

Our 25 Favourite Summer Blockbusters of the 2000s

Amazon May Have to Share Its Algorithm If India’s New Ecommerce...

Get Ready For a ‘Stan Lee Universe’ of Shows and Movies... 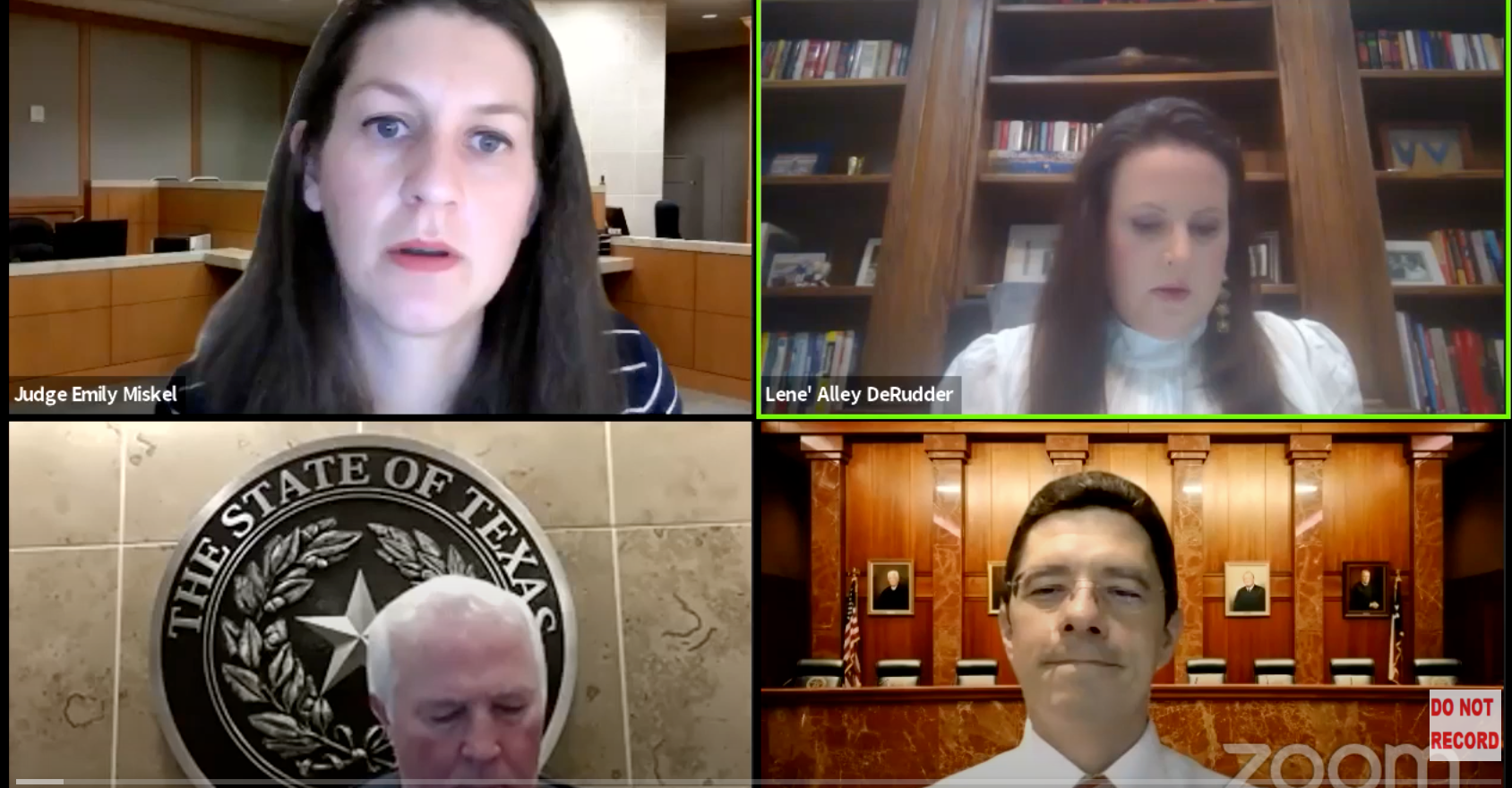 Courts have been embracing video conferencing since the pandemic began, but in what’s likely a pandemic first, the Collin County District Court in Texas will be the first to hold a jury trial over Zoom.

The one-day insurance dispute trial will be held today and streamed over YouTube via 470th District Court Judge Emily Miskel’s channel. In an interview with local news outlet NBCDFW, Miskel described the Zoom jury trial as a way to “test the technology.”

The case will be in an abbreviated format—a so-called summary jury trial, according to Reuters. Lawyers will make a condensed version of their case over Zoom to jurors, who will then deliver a non-binding verdict. The parties involved then have the choice of negotiating a settlement, or they can decide to move on to a full-blown jury trial. The shortened format makes this particular case a good candidate for testing whether remotely held jury trials are viable during the global pandemic.

Since the onset of the global pandemic, nearly all state court systems have limited in-person hearings. All but eight states and U.S. territories have had some sort of statewide restrictions on jury trials, according to the National Centre for State Courts. Meanwhile, the NCSC also notes that 39 states and the District of Columbia have encouraged the use of virtual hearings.

The Texas case is an interesting one, as it presents a potential solution while raising new potential problems regarding how courts handle jury cases in the pandemic. On the one hand, it’s good for public health and enables that good ‘ol constitutional right to a fair, public trial by an impartial jury. That said, who really wants to be forced into courtrooms for jury duty at this time—even if masks are mandated and proper social distancing is implemented?

However, it’s been documented time and time again that Zoom isn’t exactly secure. Zoombombings have already disrupted several government forums, including an instance where someone crashed an Indiana Election Commission meeting and proceeded to jerk off. Added to that, virtual jury trials introduce technical complications with regard to jury selection. Not everyone has a speedy or stable internet connection or a great webcam, which could introduce bias. A Florida judge, for instance, reprimanded lawyers in a letter who showed up to virtual hearings shirtless and from their bedroom. That dress code bias could also extend to less-privileged defendants, according to the New York Times. It also introduces the challenge of making sure jurors aren’t researching cases online.

Transparency is another issue. While this particular case will be streamed, the same hasn’t held true for courts nationwide. According to The Marshall Project, court watchers have had a hard time accessing online-only hearings. New York City, for example, requires court watchers to actually go to a courthouse and watch on a screen there. Los Angeles and Miami also haven’t provided ways for the public to watch proceedings.

It’s not clear whether virtual trials will be successful at all—another reason why this Texas case is worth watching. “Most people prefer an in-person face-to-face conversation,” Judge Miskel told NBCDFW, noting that some nuances from personal interactions will inevitably be lost. “But when we call people to the courthouse now, they’ll have to be wearing masks. So again, you’ll be losing a lot of information from people if they’re talking to you from behind a mask. So, there are trade-offs in person, there are trade-offs with technology.”