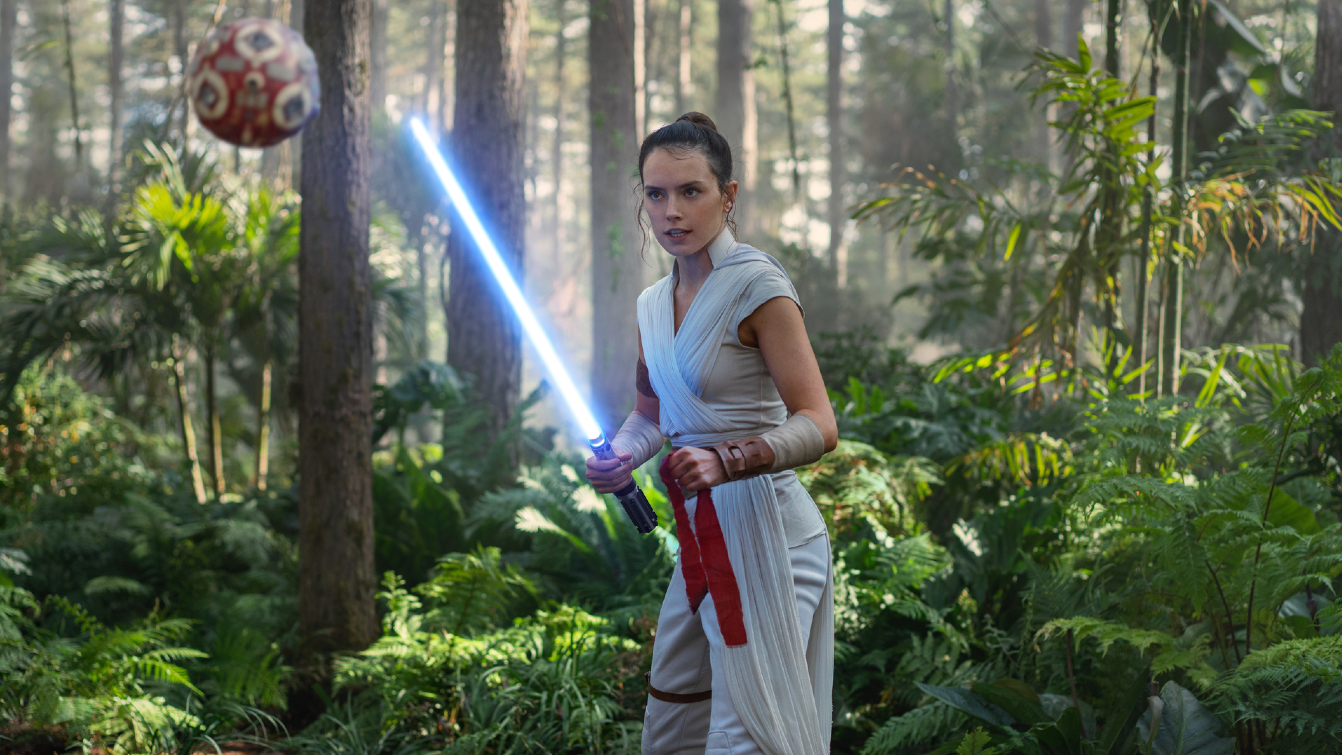 Concept art isn’t gospel. Just because a piece of concept art exists does not mean it was ever going to be in the movie. That said, the next best thing to seeing something in a movie is seeing it realised in concept art, and a very cool beat conceived for the end of The Rise of Skywalker will certainly bring a smile to your face.

Phil Szostak, the creative art manager at Lucasfilm and author of The Art of books for the sequel trilogy, posted the below image on Twitter Wednesday. It’s by artist Adam Brockbank and it shows a short moment he imagined when Rey returned to Tatooine at the end of the film. It’s a moment that not only offers a wink to A New Hope but the prequels too.

“Rey’s return to Tatooine. Thought it would be great for her to discover sand people fighting over salvage… Just turning on the lightsaber is enough…” – concept artist @MeZolith2 #StarWars #TheRiseOfSkywalker https://t.co/wP8ZH5CBXW pic.twitter.com/K655XNEDaU

Brockbank made these two images of Rey finding some Sand People at the Lars homestead and simply turning on her lightsaber to send them away. What a badass move.

Don’t forget, Sand People don’t like lightsabers. They met with one a few decades ago when Anakin Skywalker returned to Tatooine, and Rey igniting hers would probably trigger latent trauma in the entire species. For those reasons and more, it’s an amazing moment, and is very cool to see in this format.

On the other hand, you get why it didn’t make it into the movie. By the point Rey returns to Tatooine, things are wrapping up and the pacing is of the utmost importance. Also, it undercuts the reveal of Rey’s new lightsaber. If you were a concept artist though and were tasked with something like “What would happen if Rey returned to the Lars homestead?” this is a pretty amazing idea to bring to the table.

One place this idea isn’t brought to the table is in Szostak’s The Art of The Rise of Skywalker. That book, like the ones before it, skips the final act of the film in an effort to curtail spoilers. So avenues like Twitter, Instagram, and probably the official Star Wars website are going to be the best places to see concept art from Exegol as well as Tatooine.

The Rise of Skywalker is now streaming on Disney+.