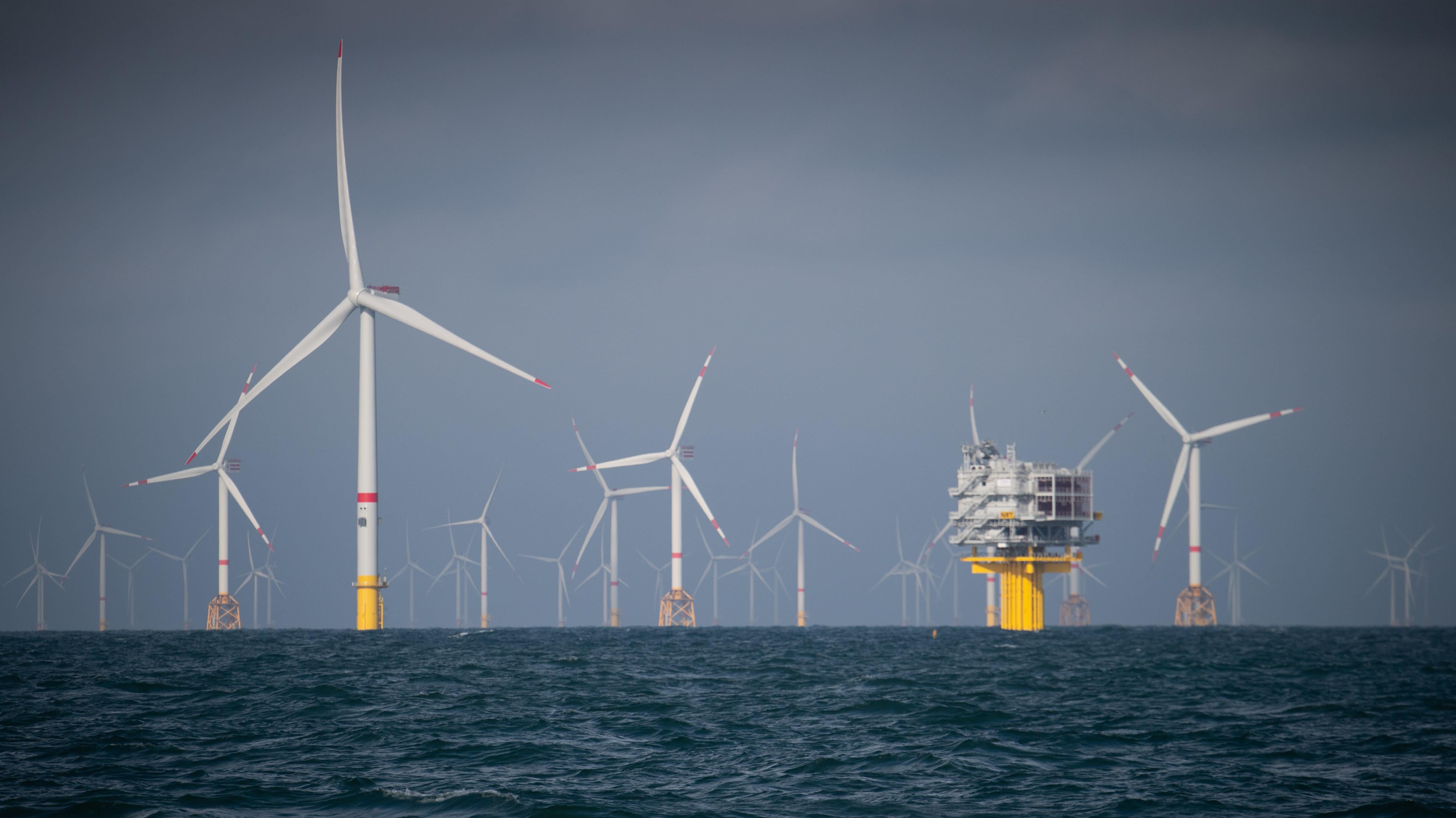 Ohio legislators have approved plans to build North America’s first-ever freshwater offshore wind farm. On Thursday, the Ohio Power Siting Board unanimously approved the Icebreaker wind project, a six turbine project slated to be constructed off the Lake Erie shore near downtown Cleveland. The wind farm would include a 12-mile long submerged cable to transmit the electricity generated by the wind turbines to Cleveland power substation.


If constructed, the Icebreaker farm would be unique. There are only five freshwater offshore wind farms in the world, owing to the challenges posed by winter ice that’s not an issue in saltwater-based offshore wind farms. The new turbines—which could generate 20.7 megawatts of energy or enough to power 7,000 homes—will have to withstand the force of ice sheets that form on the Great Lakes each winter and can get pushed around by strong winds.

After years of developers considering different methods, the Icebreaker farm settled on a design with large inverted cones on the towers at the water level that would push the ice down and away from the turbines. If the technology works, it could be used at other freshwater wind farms.

“The work that has gone into ensuring this project can safely operate in a freshwater setting opens up new possibilities for clean energy moving forward,” Miranda Leppla, vice president of energy policy for the Ohio Environmental Council, told Earther in an email. “This particular demonstration project will help us not only achieve cleaner air and healthier communities, but it will also put Ohio on the map as a leader in renewable energy technologies as this project.”

That would be a huge boost in the U.S., which has lagged in offshore wind development to-date. While Europe has 105 offshore wind farms, the U.S. currently has only one up and running. But according to the U.S. Department of Energy, Americans shores have enough wind blowing to produce more than 2,000 gigawatts of power, or nearly double the nation’s current electricity use. Freshwater wind is a small but important piece of that puzzle.

First, however, the wind project will have to be built. And the developers of the project, a public-private partnership called Lake Eerie Development Corporation, aren’t convinced that can happen under the rules the siting board approved. According to the order, for nine months out of the year, the project must completely stop the turbines from rotating during nighttime hours to protect birds and bats that live in the area.

The developers and project supporters, including the Ohio Environmental Council, the local chapter of the Sierra Club, and the Audubon Society, say the limits are unnecessary. If they stay in place, they could essentially prevent the project’s construction by vastly reducing the amount of revenue it can generate.

The wind farm has also faced opposition from Murray Energy, the largest private coal company in the U.S. The company paid nearly $US1 ($2) million to an anti-renewable energy law firm in Ohio. Two bird conservation groups filed a lawsuit last year to block the project. It’s worth noting that one of those groups, the American Bird Conservancy, has held partnerships with corporations owned by fossil fuel magnates the Koch Brothers. It also has a history of opposition to renewables despite research which shows the climate crisis threatens most American breeding bird species.

Fishy bird conservation groups and vested interests aside, the project could be a game changer for Ohio if it succeeds. Currently, the state derives a bit more than 2 per cent of its energy from renewables, the lowest percentage of any state besides Delaware.

Getting there will be a challenge. The ruling on the Icebreaker farm is just the latest in a series of hurdles to boosting renewables from state officials. Last year, the siting board adopted strict rules for new wind projects that are currently on appeal before the Ohio Supreme Court. And earlier this month, a watchdog group found that the major utility Dominion Energy was pushing officials to turn down a clean energy bill.

Despite government rulings, there’s support for a clean energy transition among both liberals and conservatives across the state. A 2019 poll shows that 84 per cent of Ohio conservatives want at least a quarter of their state’s energy to come from renewables. If built, the wind project could help get it there.