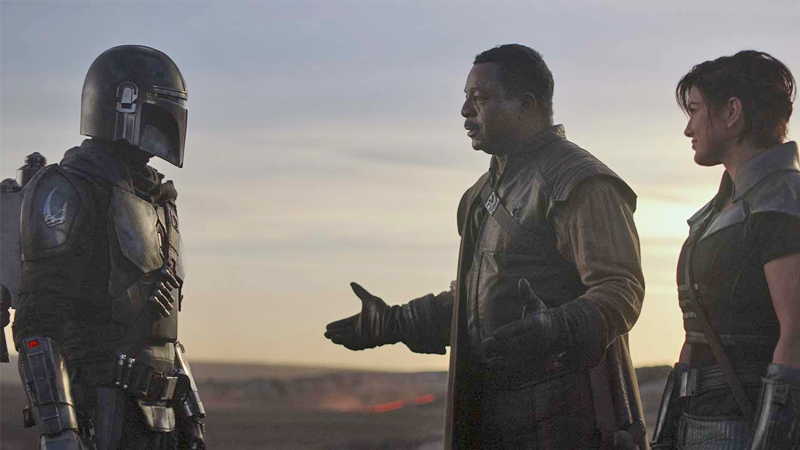 The Mandalorian isn’t just giving us more Baby Yoda than we are probably equipped to deal with when it returns for season two, but seemingly more than a few familiar Star Wars faces. Last week, reports began swirling that one of those faces is the arrival of a specter that has hung over The Mandalorian since it was first revealed: the infamous Boba Fett.

But wait, the last time we actually saw Boba Fett in Star Wars, he was haplessly careening into, and then off of, the side of Jabba the Hutt’s sail barge in Return of the Jedi, before tumbling into the Sarlacc pit for a thousand years of digestive fun times. He was, seemingly, sent to his death. This is Star Wars, however, and a little thing like death, even an excruciatingly extended one, can’t stop a character from making a comeback—and in The Mandalorian’s timeline, it’s only been a few years since those events.

Somehow, Fett has returned. And if we must deal with that, then here are some potential ideas for how The Mandalorian could tackle the Fett Family’s re-emergence on the galactic stage. You might even say that they are, perhaps, the way. 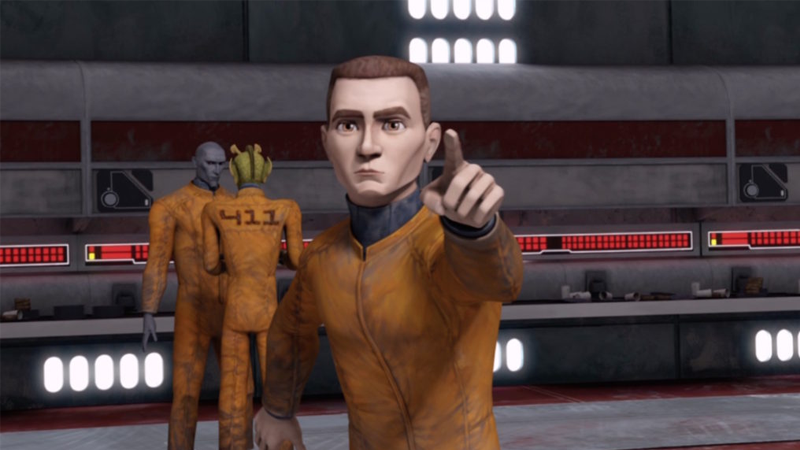 While, chronologically speaking, the last time we saw Fett was that tumble to his now-not-so-seeming death in Return of the Jedi, the actual last time we saw him in official Star Wars media was in Clone Wars, voiced by his young Attack of the Clones self, Daniel Logan. Clone Wars didn’t just begin to fill in the blanks about Fett’s path into bounty hunting, it also gave him a fascinatingly compelling arc in which, basically, he just really, really hated Mace Windu.

Which is fair, because Mace Windu lopped his dad’s head off. But Clone Wars being Clone Wars, it became about so much more than that. We saw an angry young Fett plot his revenge against not just Mace, but the establishment of the Republic itself, which had used his father as a pawn for grander schemes and then, from his point of view, used the Jedi to knock that pawn off the board the minute it stopped being useful. They took his dad’s face, slapped it on legions of people like him, and sent them to war under the command of the space wizards that had murdered him. That’s a lot for a kid to deal with.

So how’s he dealing with it as an adult in a time where the Republic is seemingly returning and the Republic That Was—the Empire—has fallen? This is a fascinating opportunity to further enmesh the myriad eras of Star Wars together through a character who has the potential to be the vector for so many different parts of it. Plus, given the rumoured arrival of another Clone Wars character to The Mandalorian, who likewise had their own extensive hangups about the Republic, there could be some very interesting parallels. 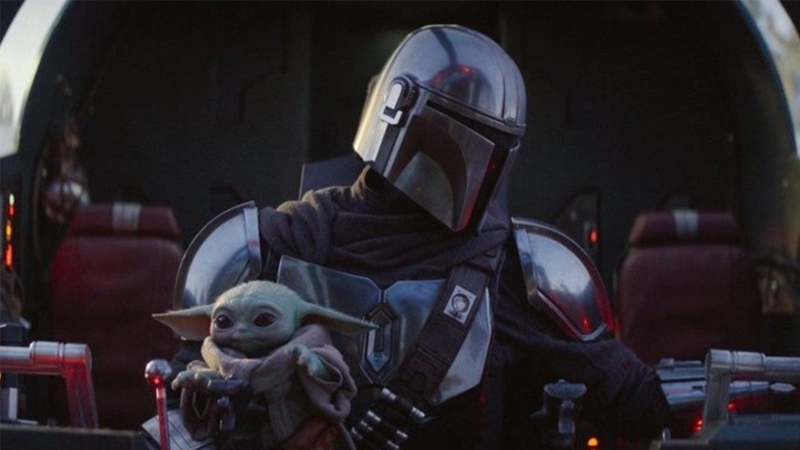 What would Boba Fett think of Din Djarin? (Image: Lucasfilm)

Din Djarin may walk the Boba Fett walk and talk the Boba Fett talk, but he is unequivocally not Boba Fett—or at least, the impossible badass image of Boba Fett we all conjured up in our heads (and in the Expanded Universe) to override the actuality of Fett’s role in the movies.

What made Djarin’s arc across the first season of The Mandalorian so fascinating were his literal struggles—being dealt the curveball of wanting to be this warrior of his adopted peoples, but instead having to be the father to a seemingly people-less child. He had to learn that the one thing he was kind of good at—shooting his way out of a situation—wasn’t just the only solution to everything in life, but actively could make things worse for everyone around him. Djarin may have appeared on the beskar-clad surface to be cut from the same cloth as this perfect Bounty Hunter, but he was anything but, and that’s what made him such a great protagonist.

So what happens when he’s literally confronted with that perfect Bounty Hunter? Would he be an ally Djarin now has to live up to, or an ideological foil, an icon of Old Mandalore that Djarin now knows is a mythos his all-but-purged people had to wield as a deception? It wouldn’t just be a compelling emotional throughline for our hero, but a way for Star Wars to tackle the metanarrative that’s built up around Fett’s persona over the years. What does having that legendary rep do to not just Fett himself, but the people forced to walk in his shadow, even in times of crisis? 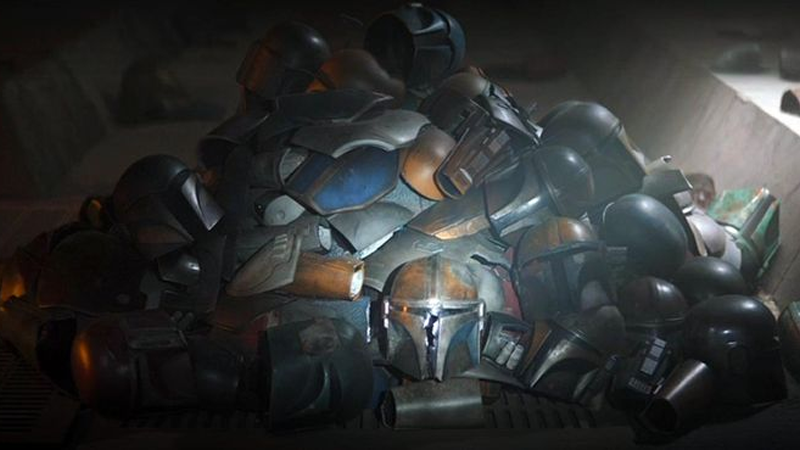 A literal reminder of what Mandalore has become in the wake of the Empire. (Image: Lucasfilm)

He’s Entirely Broken by the Scourge of Mandalore

Another equally fascinating way to deal with that metanarrative would be to have Boba Fett, in some ways, be the Last Jedi Luke Skywalker to Djarin’s Rey: this seemingly iconic image of Mandalore, called back into action, only to find that he is embittered, traumatized, and broken by what has become of the galaxy around him. But while Luke’s trauma was derived from him feeling he couldn’t live up to the standards of the hypocritical establishment of the Jedi Order, Fett’s could be derived from the trauma that the Mandalorian people as he knew them are, at this point, all but gone, purged by the Empire.

And it’s not like Fett wouldn’t have reason to. Like Djarin himself, he’s an adoptive child of a Mandalorian culture that he, paradoxically, helped create within Star Wars’ metatext. A culture now all-but-eradicated, shattered into disparate hidden enclaves by the Empire’s cruelty, one forced to mask its weakness metaphorically and literally, leaning on its former reputation for mystery and martial prowess to protect what little actually remains. What does that do to Fett, whose relationship to Mandalore was already complicated enough given his status as the cloned child of someone who, themselves, was considered at times to not be “truly” Mandalorian?

The Mandalorian’s first season already dealt with the concept of what it meant to be part of a family, unconventional as Djarin’s clan of two was. What would all that mean for someone like Fett in the wake of Mandalore’s purging?

Sure, it looks a little goofy. But also, probably deeply traumatic? (Image: Lucasfilm)


It turns out there are actually so many ways you could completely break Boba Fett.

The Mandalorian is set only just a few short years after Return of the Jedi, in the earliest days of the fledgling New Republic’s establishment. Which means that it has also been just a few short years since Fett, with a little push from a mostly-blind Han Solo, went flying over the Pit of Carkoon, smack bang into a pleasure barge’s side, and then directly into said Pit of Carkoon. While for the audience Boba’s ignoble end is presented as almost a moment of comedy—the Sarlacc literally burps after gulping him down, no matter which edition of the film you watch—for the man himself, it was probably a lot less funny.

Whether Boba was in the pit for a matter of days, weeks, months, or years, we can only imagine what the horror C-3PO described—of being paralysed within the bowels of this ancient creature as its stomach acids slowly but surely eat away at you to sustain that ancient existence through eons of half-life agony—of the Sarlacc’s digestive process enacted on his psyche. What did he have to do to not just endure that but escape it? What would it make a person become, not just physically, but mentally? The boring option would just to say he got better and moved on. But in a galaxy where people cheat seeming and literal death quite a lot, why not take a moment to examine what cheating those deaths could actually do to a person? 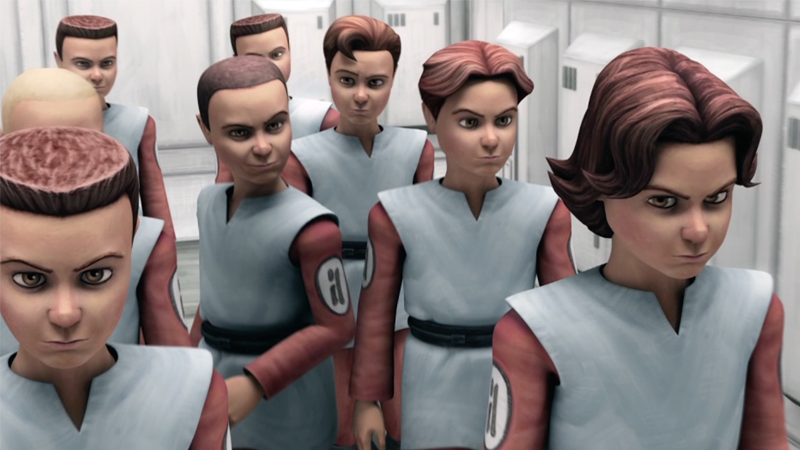 One of these things is not like the others..sort of. (Image: Lucasfilm)

He’s Not Actually Boba Fett, But Another Clone Using His Identity

I mean, the joy of Star Wars is that Temuera Morrison didn’t just play Jango Fett—he played every dang Clone Trooper in the process, and Boba was his cloned son. So what if Morrison’s return in The Mandalorian wasn’t as Jango’s chosen child, but just one of the endless legions of children the Kaminoans made of him? And what if that child had, in the wake of Boba’s end on Tatooine, taken on the Fett mantle for themselves, to continue the fabled legacy?

Current Star Wars canon has dropped a few very intriguing hints at the potential concept of someone else picking up Fett’s Sarlacc-acid-pocked armour after the destruction of Jabba’s sail barge and using it for their own means. In Chuck Wendig’s Aftermath novels, that someone is seemingly a man named Cobb Vanth, who procures a heavily damaged suit of Beskar implied to have been Fett’s from some Jawa scavengers, before using it to become a lawman on Tatooine, evoking the legendary image of the Mandalorians in a noble light.

We’ve discussed before that the idea of Boba Fett is much more interesting than who he actually was as a character in the movies, and how that could be played with to evoke his imagery without actually having to use the character himself. That was in regards to the potential of a standalone movie, an idea that now seems unequivocally off the table—even more so with Fett apparently coming to The Mandalorian. But the idea remains a captivating one, not just to play with our own hype-driven embrace of the character as an ideal but, in this circumstance, as a vector to examine what became of all these Clones, these distant children of Mandalore themselves, long after the Clone War ended. 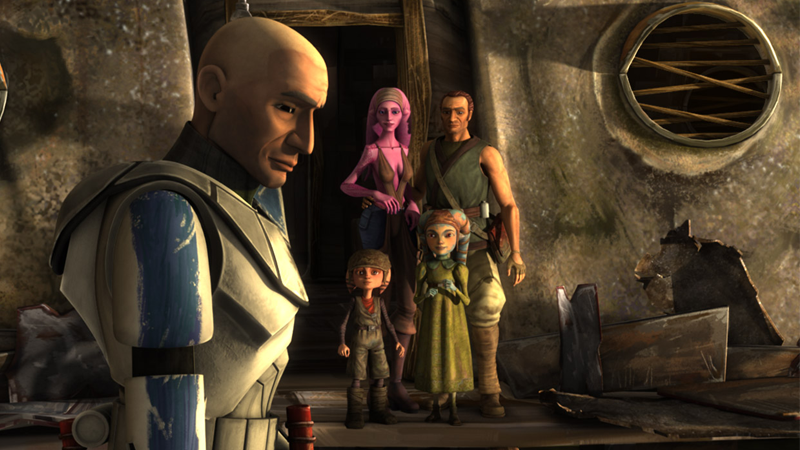 Thanks to cloning, Temeura Morrison maybe actually has the biggest role in the Star Wars galaxy. (Image: Lucasfilm)

He’s Just Not Actually Boba Fett at All?

OK, sure: the reports around Fett’s involvement in The Mandalorian said Morrison would be briefly playing him, but they also hinted he could be playing other roles. What if the Boba scenes are merely a flashback—like the first season’s callbacks to the Clone Wars and the Mandalorian Deathwatch—and Morrison’s actual role in the wider season is as someone else entirely?

This would go beyond him being a clone using Fett’s identity as we just posited. Instead, Morrison could just be playing a completely different—yet adjacent—character to a member of the Fett clan in the first place. As we’ve noted, we know at this point that Ahsoka Tano will be in the second season. What if Captain Rex tagged along too? What if it’s just another Clone altogether, and the show begins to tackle their place in Star Wars’ galaxy after not just the Clone War and the rise of the Empire but after the Empire’s fall, and their relationship to Mandalorian culture in the wake of Mandalore’s subjugation and apparent purging?

Screw Boba Fett. I wanna know what Cut Lawquane got up to after that whole “So you left the Grand Army of the Republic to start a life of your own but you still had that whole brainwashing chip buried inside your head” dealio.