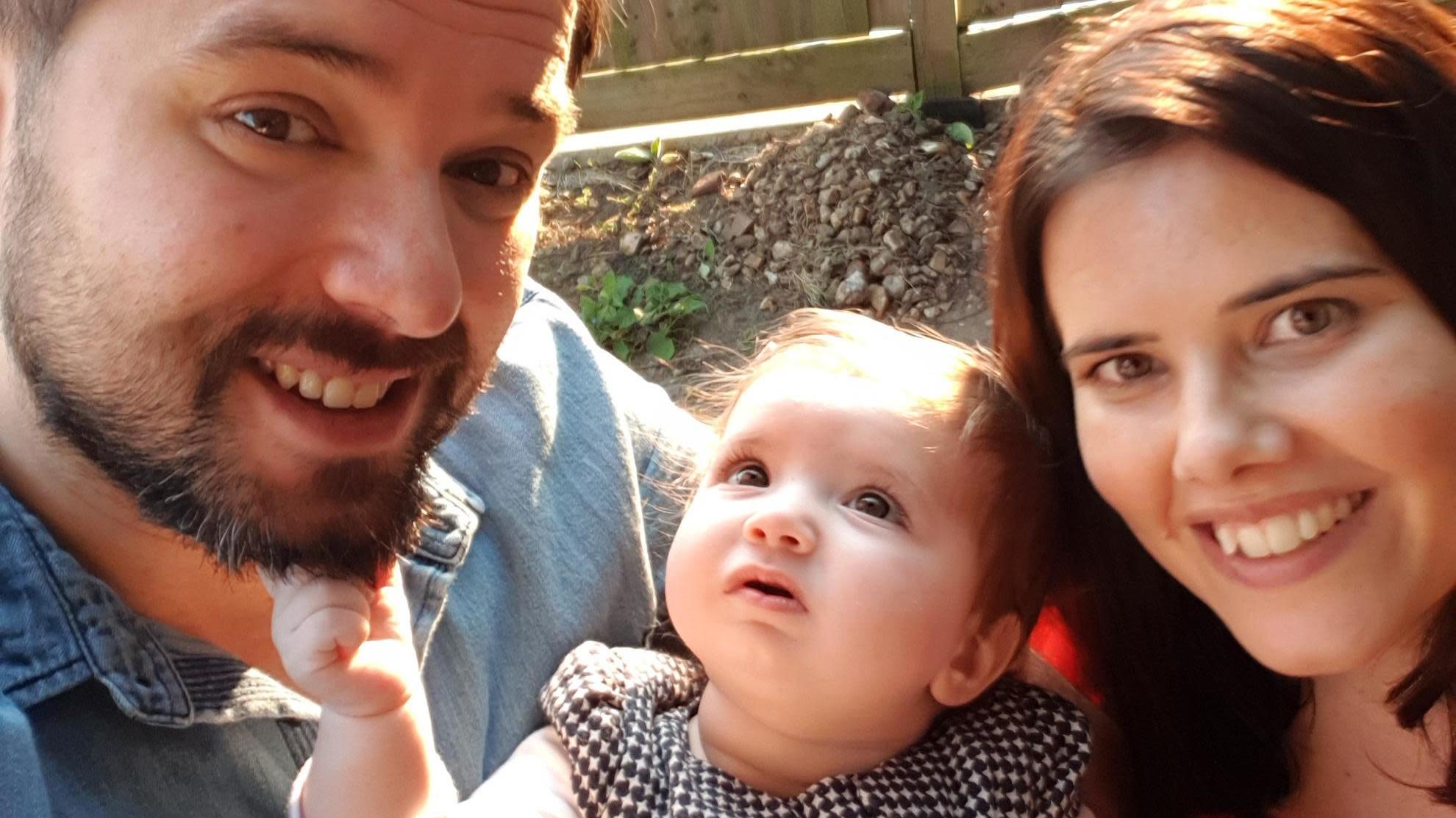 Ongoing social isolation measures in the United Kingdom had prevented an 18-month-old girl from getting her newly installed cochlear implant switched on. Undaunted, her audiologists did what so many of us are doing right now: They made it happen while working from home.

Margarida Cibrao-Roque’s cochlear implant is now working and allowing the toddler to hear sounds for the very first time, thanks to a dedicated audiology team from the University of Southampton. It’s the first remote switch-on of a cochlear implant in the UK, according to a press release. It’s yet another example of people finding innovative ways of working during the covid-19 pandemic, as we all work to flatten the curve. 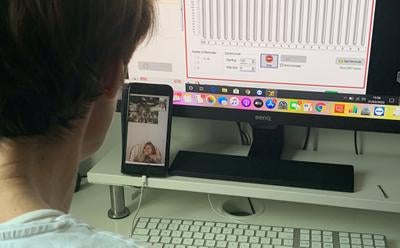 Professor Helen Cullington linking up with Margarida Cibrao-Roque for the remote switch-on session.

Cochlear implants are not like conventional hearing aids, which simply boost the amplitude of incoming sounds. These neuroprosthetics are equipped with a microphone for picking up sounds as well as a converter for translating soundwaves into electrical signals, which are then relayed to the auditory nerve. From there, these signals go to the brain, allowing for the experience of hearing.

During surgery, these devices are placed in the patient’s inner ear, but the implants don’t get switched on for around three to four weeks after the procedure, explained University of Southampton professor Helen Cullington in an email to Gizmodo. The delay is to make sure the patient has fully recovered from the operation and to allow time for any swelling to subside.

Margarida has a genetic disease called Ushers Syndrome Type One, which results in profound deafness at birth due to abnormalities in the inner ear. It also leads to vision loss over time.

Normally, switch-ons happen at the clinic, but social distancing measures ruled that out as a possibility for Margarida. Inspired by Australian audiologists, Cullington and her colleagues were struck with the idea of switching on the toddler’s cochlear implant from afar.

“In Australia, patients can live hundreds and hundreds of kilometres from their cochlear implant centre, so some centres there are using this remote approach to avoid patients having to travel such long distances,” said Cullington, who works at the university’s Institute of Sound and Vibration Research.

To be clear, audiologists don’t just flip a switch—there’s far more to activating a cochlear implant than just that. Levels of electrical stimulation have to be ramped up very slowly and gradually increased over time. Also, patients need to be closely monitored by clinicians while this is happening. Clinicians also have to gauge the response of the auditory nerve in order to calibrate levels—a challenge when the patient is a non-verbal toddler who cannot elucidate the nuances of volume.

In collaboration with experts from Australia, Cullington came up with a plan to switch on Margarida’s cochlear implant from her home office. Two computers were connected over the internet, with a video link enabling Cullington to communicate with the toddler’s parents. Specialised software and hardware were also used during the switch-on session.

“I felt reasonably confident it would work,” Cullington told Gizmodo. “WiFi at both ends was all we needed—and I had already chatted to the family and felt confident this would be ok.”

The session turned out to be a success, with Margarida’s cochlear implant working as expected. For children who have never heard sounds before, however, this is hardly an instant revelation, as they have no frame of reference to make sense of new stimuli.

“Learning to listen is just like learning anything else—it takes time,” said Cullington. “Especially in a small child who has never heard before. Margarida is just beginning to respond to some sounds now, which is so exciting for the family.”

“The possibility of Margarida calling me mummy one day would mean the world,” she said in a University of Southampton video. “We will be able to speak with our daughter, to play with her—she will be able to watch TV, things that you take for granted she doesn’t have, so you know, this is a victory really.”

Cullington and her team will continue to monitor Margarida remotely. They’re also planning to perform similar procedures in the coming weeks.

“This remote switch-on worked really well, and it has given us confidence that it is an option for patients who cannot come to the centre, for whatever reason,” she said. “We tailor our care to suit individual patients and families, so it is great to add remote switch-ons to the options for care that we can provide.”

Covid-19 is a major disruption to our lives, but as this touching episode shows, we’re finding ways of adapting.