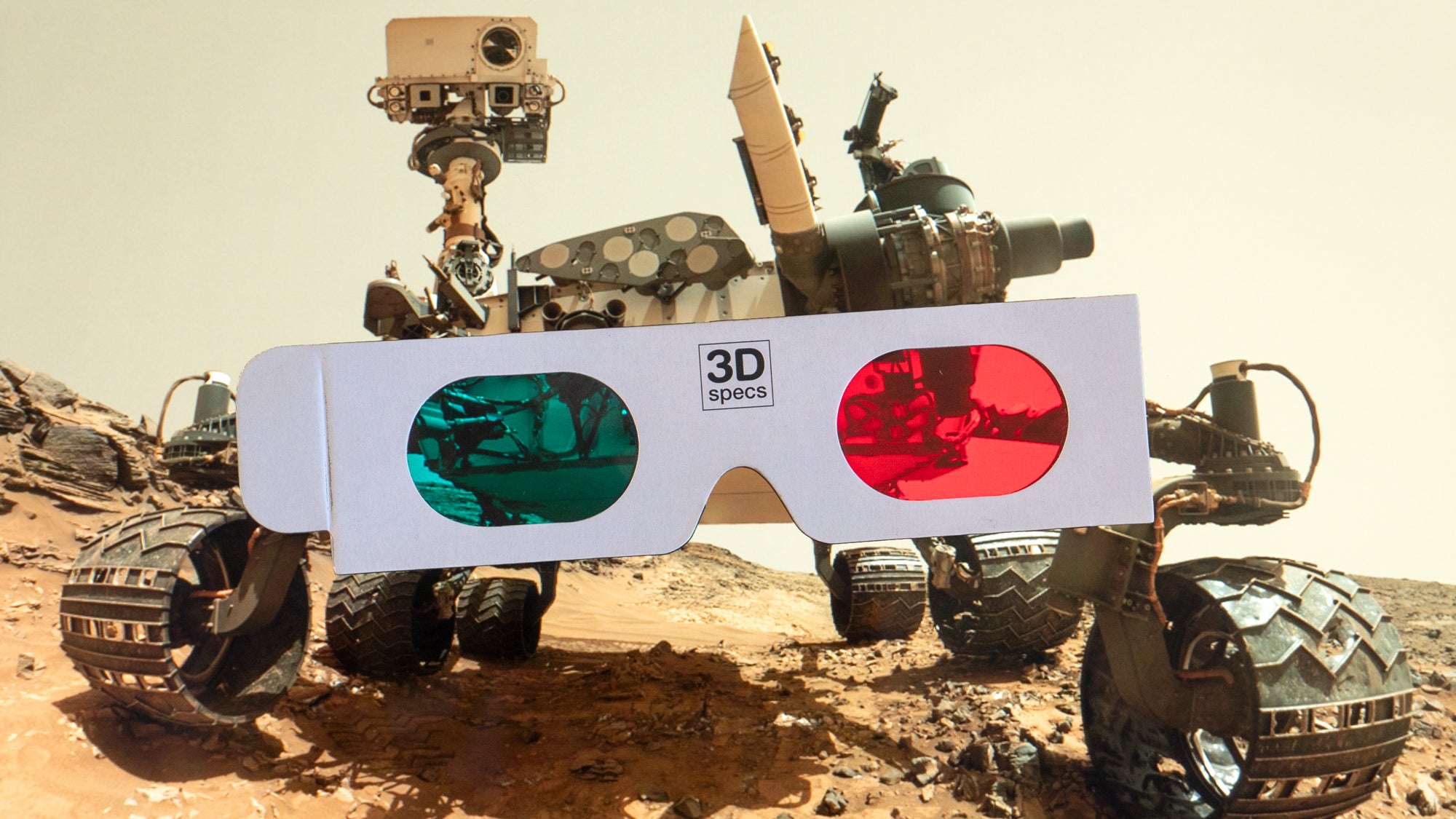 The next time you complain about having to put on a clean shirt for a video call, consider the challenges others have to deal with while working from home. Without access to their powerful NASA computers, the team responsible for remotely piloting the Curiosity rover on Mars has had to revert to a 3D technology that’s almost 100 years old.

To safely navigate the Curiosity rover across the surface of Mars, over 120 million miles away, planners at NASA’s Jet Propulsion Laboratory in Pasadena, California, rely on 3D images of the surrounding terrain snapped by the rover’s cameras and relayed back to Earth. Using gaming computers with powerful GPUs that were repurposed for tasks other than playing Fortnite, JPL scientists rely on special goggles with flickering electronic shutters that allow them to experience and explore these images of the Martian surface and its unique terrain in genuine 3D. This, in turn, makes it easier to plan the rover’s movements and missions to reduce the risk of it getting stuck, and it improves the accuracy of targeting the rover’s robotic arm and probes.

When California issued its quarantine orders, like other non-essential services in the state, the engineers and scientists at JPL had to pack up their laptops and relocate to home offices. The problem was that those laptops lacked the graphical and processing power of the workstations NASA’s staff had to leave behind, and accessing those machines remotely wasn’t an option. The quarantine also meant they no longer had access to their special 3D goggles, but NASA has a long history of being incredibly resourceful, so the JPL team piloting Curiosity turned to an antiquated technology that helped movie theatres put butts in seats in the 1950s.

By today’s 3D standards, the effect created by donning a pair of red and blue cardboard glasses is primitive, but as crude as they may now seem, it’s essentially the same anaglyph 3D technology that’s used for expensive 3D goggles with electronic shutters. Each eye sees a slightly displaced version of the same image, which the brain interprets as a three-dimensional image. The results might not be as immersive (or comfortable) as what someone would experience while wearing an expensive pair of VR goggles, but the effect is convincing enough that NASA has been able to plan and execute Curiosity missions while under home quarantine.

Two days after the Curiosity team relocated to home offices, the rover successfully carried out the first mission that had been planned outside of JPL’s facilities, drilling a rock sample at a Mars location known as “Edinburgh.” Working remotely adds additional complications to planning Curiosity’s missions, and the JPL team estimates that dealing with video conferences and messaging apps adds a couple of hours to the whole process, which limits how many commands can be sent to Curiosity on a daily basis. But the mission has been able to carry on, and according to NASA, “Curiosity is as scientifically productive as ever.”