I Can’t Believe Someone Is Going To Spend Over $8,000 On This Cyberpunk 2077 Graphics Card

2 months ago -
Filed to:are you fucking kidding me 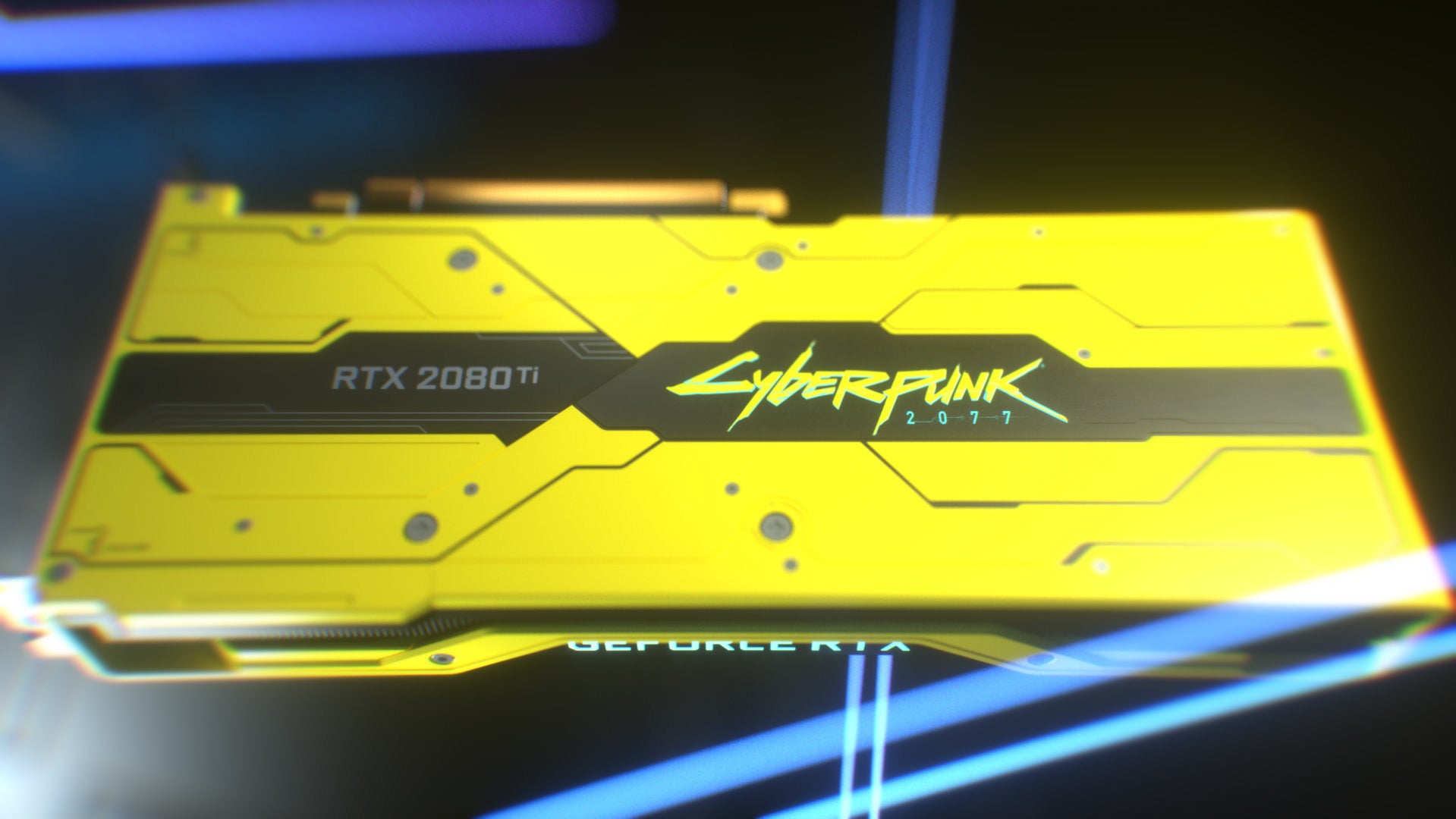 There are a lot of people hyped for a video game that hasn’t even come out yet. Some are so hyped that they’re willing to part with thousands on dollars on a limited edition RTX 2080 Ti to show their super fandom. There’s a bunch of Ebay auctions going on at the moment for Cyberpunk 2077 editions of the RTX 2080 Ti, the same limited edition cards that were given away for free to 77 fans back in February of this year.

This one is currently going for $US5,100 ($8,190), and like the majority of people selling their limited edition 2080 Ti GPUs, this individual won the graphics card. For free. And they want to get rid of because, “This card is worth more than my entire current PC setup, even at its lowest, so not much point in me using it unfortunately.” The seller is candid about why they want to sell this GPU that they got and how they got it, which I appreciate, but I can’t believe people think it’s worth that much.

There’s an argument about rarity justifying that kind of a price, and if it were anything but a current-gen Nvidia GPU slapped with a yellow paint job and logo of a game whose release date got pushed back to September 2020, I could kind of get behind that argument. I could even get behind the argument if these cards were originally purchased by the people who are selling them. Or if they were signed by Mike Pondsmith, Bruce Bethke, or William Gibson themselves. But none of that is the case. $US5,000 ($8,029) is better spent on some rare art to decorate your walls. Or even a high-end PC set-up. Or maybe some N95 masks for hospitals that need them. Or low-income kids who need a computer for school. The game itself does not make this GPU worth five times as much as its regular cost.

What are you going to do with a $US5,000 ($8,029) neon yellow GPU? Have it sit on your shelf and collect dust, inside the box where no one can see it? Put it in your desktop PC and have it lose its value over time because it’s now a used graphics card? If you won it for free in the first place, either is a reasonable choice because you’re not losing any money in the process. But I get it: this is a luxury good. If people want to spend a stupid amount of money on it, they will. (Even if, you know, the seller got it for free.) If someone is selling one of these cards to pay rent, I get it. But it’s not worth $US5,000 ($8,029). Not even close. Especially when there isn’t anything different about the actual hardware itself. It should maybe be an extra $100 or $200 for the collector’s value, at most.

Maybe Cyberpunk 2077 will go down as one of the greatest video games of all time. If that happens, and only if that happens, would this limited-edition GPU be worth anything close to $US5,000 ($8,029). Otherwise, it’s like spending $US5,000 ($8,029) on an iMac that doesn’t even have ray tracing. Sure you might feel good about your purchase, but was it actually worth it?