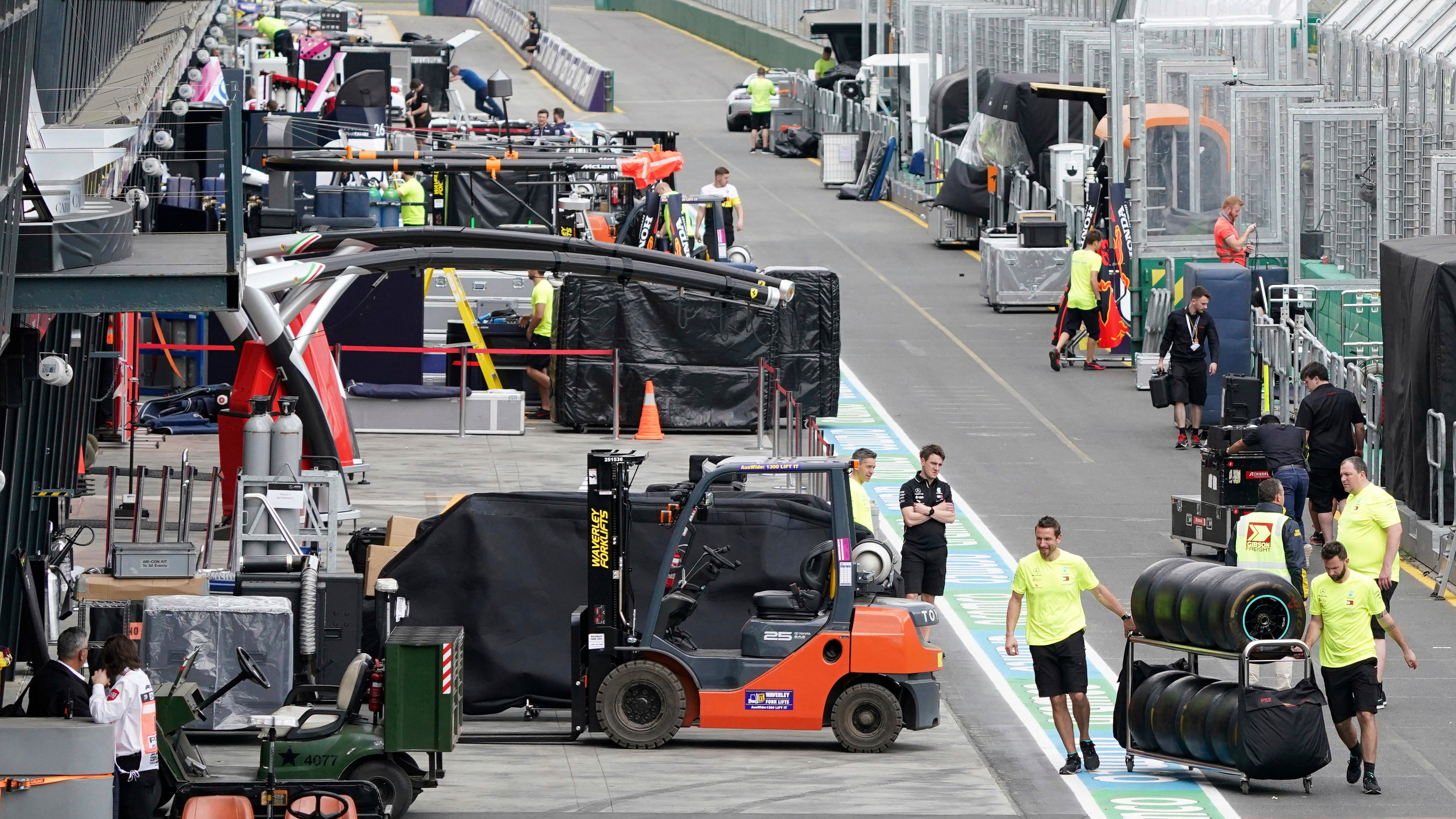 Following the absolute omnishambles that was the delayed-too-late Australian Grand Prix (above), Formula One has been postponed or cancelled an additional eight rounds. The Canadian Grand Prix, originally scheduled for June 14, is the latest of them to fall victim to the coronavirus global pandemic. Of the 22 grands prix originally on the schedule, now only an unlucky 13 remain unmoved. And that’s just the tip of the iceberg that is F1’s problem pile right now.


The Canadian Grand Prix being postponed is the correct decision, obviously, as thousands of people all over the world are dying every day from the spread of this virus. While the event promoters remain optimistic that they can find a date later in the summer to hold this race, if things don’t get better by then it’s definitely not going to happen. The race at Circuit Gilles Villeneuve cannot be held any later than mid-October because of weather concerns.

The next race on the schedule would be the French Grand Prix at Le Castellet on June 28. France has been hit particularly hard by this virus, logging over 100,000 cases of covid-19 and 10,000 deaths. France is ranked fourth highest in the world for confirmed cases, behind the U.S., Italy, and Spain. It does not seem likely that France will be in a position to hold a Grand Prix in a month and a half.

Without any races actually being held, F1 is stuck without any income. The three sources of income for F1 and its owner Liberty Media, are the broadcast rights, sponsorships, and event fees. All of these money hoses run dry if there are no races to broadcast, sponsor, or charge fees. How well can the sport even weather a season without any races?

Ideas currently being thrown out include racing at closed circuits with no spectators and a skeleton crew, and running the same circuit twice in a row a week apart. The British Grand Prix at Silverstone has offered to allow Formula One to run the circuit in reverse for a double-header week. That Grand Prix is scheduled to be held in mid-July, and its fate won’t be decided until the end of this month.

Is any racing possible, or even advisable at this point? Without a massive reduction in global coronavirus cases soon, it all seems a moot point. Putting drivers and teams at risk of disease for the short term entertainment of some fans is foolish at best and deadly at worst.

In order to help ease the burden on teams, the World Motor Sport Council has extended the mandatory shutdown from 3 weeks to 5 weeks after a meeting with F1 officials on Monday.

“Following unanimous approval by the Formula 1 Strategy Group, Commission and all teams, the World Motor Sport Council has ratified by e-vote the decision to extend the Formula 1 shutdown period from 21 to 35 days, to be taken in March, April and/or May, for all competitors and Power Unit manufacturers,” the FIA said in a released statement.

Teams have already discussed the idea of further reducing the budget cap for the 2021 season. It was set to be introduced at $US175 ($281) million beginning in January, but teams are looking for an even more dramatic reduction in the cost of operating next year, and have all agreed to a $US150 ($241) million cap instead. McLaren boss Zak Brown has allegedly suggested he prefers a $US100 ($161) million cap, which Red Bull and Ferrari have been said to be opposed to. Any further reduction in cost cap has yet to be ratified by the FIA.

Some of the UK-based teams have furloughed staff in order to take advantage of the government unemployment programs there. Formula One itself has furloughed around half of its staff.

But, crucially, Formula One and the teams have decided not to postpone the new car regulations beyond 2022.

Officials still want to try to cram a 15 race season into the rest of 2020, with a season getting underway this summer. There’s no telling how such a thing might look, but contingencies have been offered such as extending the 2020 season into 2021.

It’s too early to completely write off the 2020 season, but none of this is looking very good or very likely at the moment. How will the teams weather this storm? How will the sport itself? The answer right now seems to be not well.