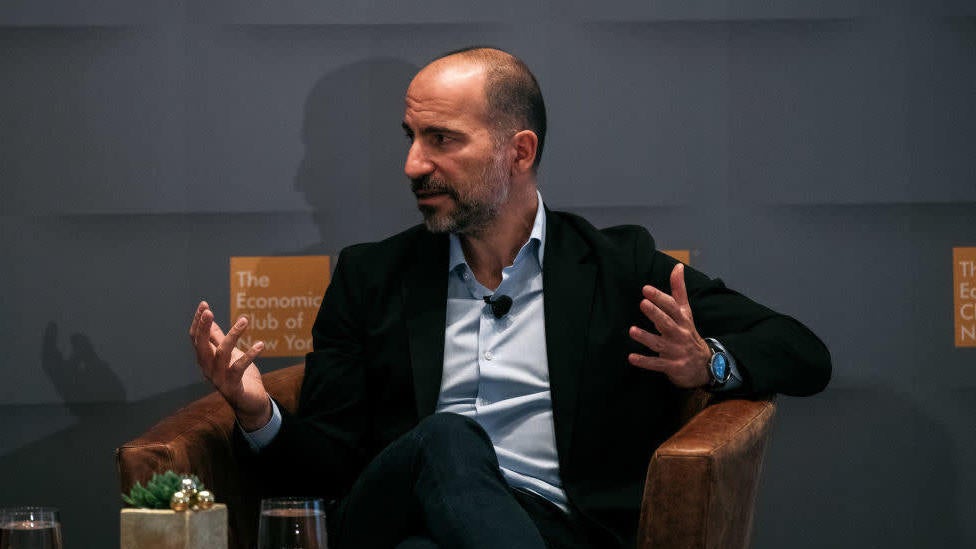 Gig workers pose a clear danger where the continued spread of covid-19 is concerned. As to the open question of how to responsibly address this massive vector of workers, who are often uninsured and can’t afford not to work in spite of the risks, Uber CEO Dara Khosrowshahi has apparently washed his hands.

“As the CEO of Uber, I am accountable to many, but I believe my greatest responsibility in the face of unprecedented economic challenge is to the millions of people who drive and deliver on Uber’s platform,” Khosrowshahi wrote in a letter addressed to President Donald Trump today. “It is with that responsibility in mind that I respectfully and urgently request that the economic stimulus you are considering, along with any other future legislative measures in response to covid-19, include protections and benefits for independent workers, not just employees.”

Uber’s very business model, of course, relies of classifying these drivers as independent contractors, passing the cost of basic protections like health insurance on to the drivers themselves. Before the pandemic, this sort of ploy across the gig economy read as a way to prop up unsustainable companies by gouging their own workforces; during covid-19, hewing to the same approach is simply irresponsible.

“Drivers and delivery people are on the front lines of keeping our communities running, helping get food to those staying home and providing essential transportation services to those who must move around,” Khosrowshahi writes. “That’s why Uber led our industry in offering up to 14 days of financial assistance to active drivers and delivery people who are diagnosed with covid-19 or placed in individual quarantine by a public health authority due to their risk of transmitting covid-19.”

While it’s true that Uber did begin offering something approaching sick pay for quarantined drivers, that came not from the company’s sense of civic duty, but from urging by U.S. Congress. The company has also refused to provide straight answers about whether it will notify passengers of potential exposures, either from drivers with positive diagnoses or those placed under quarantine (out of an abundance of caution and a paucity of testing kits.)

Notably, Khosrowshahi makes no mention of what specific protections or benefits it believes the federal government should provide to its workers, and a company spokesperson declined to elaborate. But that’s not really the purpose of this letter, is it?

“Each time a company provides additional benefits to independent workers, the less independent they become; and, without legislative clarity, the more uncertainty and risk the company bears,” Khosrowshahi writes. Full employment for drivers, however, “would radically change Uber’s core service and business model.”

Notably, those demands all come from actual drivers with firsthand knowledge of the situation on the ground and no vested interest in preserving an exploitative business model. If the federal government wants to rewrite the rules for this sector, it might behoove them to consult the individuals who have more to lose than Khosrowshahi.